EVERY morning Jim Linderman gets up in his home in the small lakeside city of Grand Haven, Mich., grabs a cup of coffee and sits down at his computer to blog. He doesn’t write about the morning news, current politics, celebrity sightings or the latest gizmos. Mr. Linderman, a librarian and archivist by profession, collects, researches and writes ab 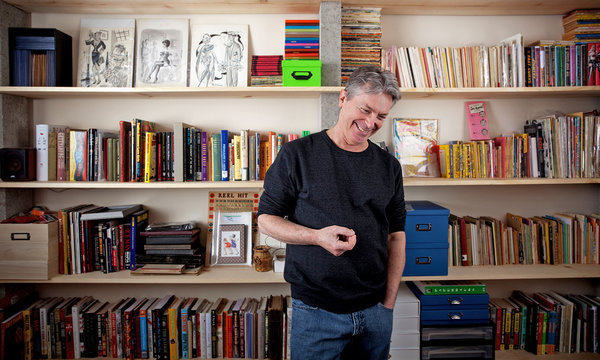 out the marginal, the forgotten and the not quite seemly in American folk art and popular culture.

“I have always collected outside the norm, things that were scarce and dicey,” he said in a recent telephone interview.

He calls his three blogs, which he began in 2008 and 2009, Dull Tool Dim Bulb (the only “swear words” his father ever used, he explained) and the more obvious Old Time Religion and Vintage Sleaze. Taken together they are like a digital flea market run by an erudite eccentric with a good sense of humor and an eye for the unusual and the unsung. But Mr. Linderman also researches and tells the stories behind the items, disclosing an underground history of American popular culture one oddball tale at a time.

Glad to see memberws are resing these spotlights. I welcome more members to send in Spotlight stories to me at Dianne@cdiannezweig.com.

Comment by Sue Shattuck on February 12, 2013 at 11:12pm
Grand Haven is my hometown! I still live only 3 miles away in Spring Lake. I wish I knew Jim. What an interesting person!