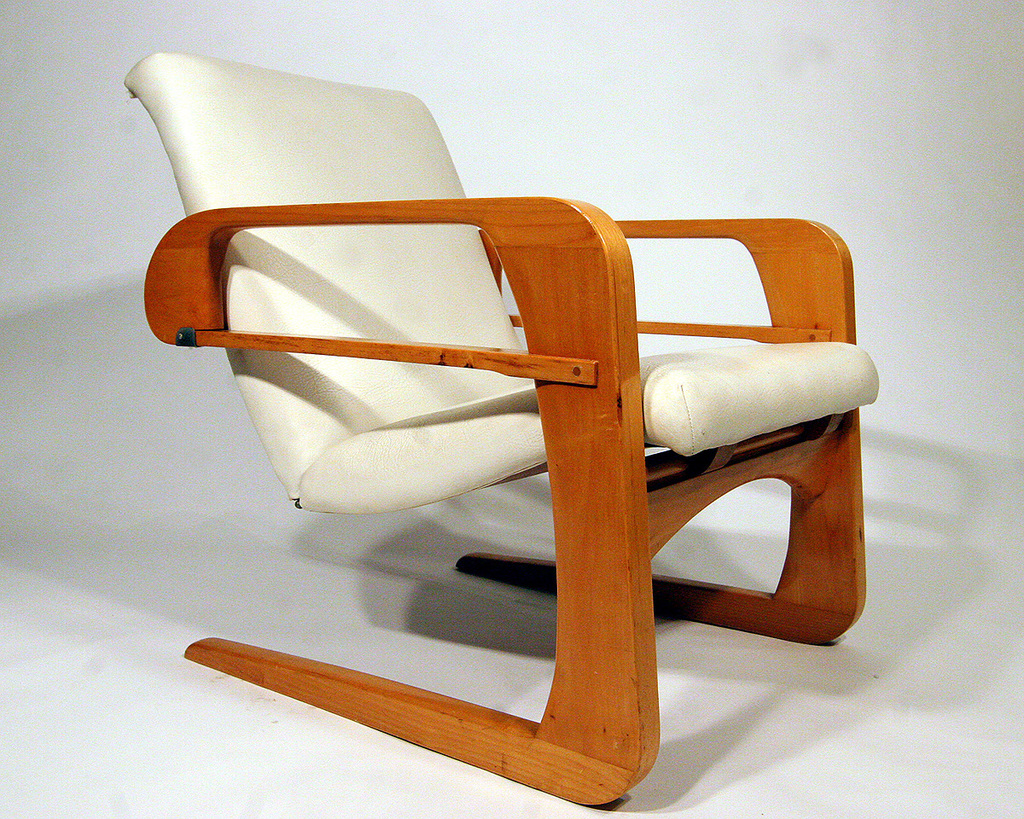 Kem Weber, the icon of Mid-Century architecture and design, helped define the modernist movement and aesthetic. Weber designs of the later 1920s explored new directions that would become the hallmarks of the coming language of streamlining. During this period Weber’s interest in finding ways of adapting his designs for mass production was prophetic, with the onset of the Great Depression in 1929, such efforts took on a new urgency as companies sought to entice wary buyers. He began to look at using solid or glued wooden members cut in sweeping, curving shapes. For some time he had wanted to try out the idea of a chair that could be sold disassembled and readily put together by the consumer. Designed in 1934, the Airline Chair was a triumph not only of modern design in form but also in mass accessibility; designed to be packed in a cardboard container and assembled by the customer and priced at a modest $24.75, the Chair was decades ahead of its time. Hard to believe in hindsight, Weber was never able to find a manufacturer interested in mass-producing it and most of the models he had made ended up in the extensive studio complex he designed for Walt Disney in Burbank in the late 1930s. Now the Airline Chair is coveted by Museums and collectors and can be seen at the Los Angeles County Museum of Art (LACMA) in the exhibition California Design, 1930–1965: “Living in a Modern Way.” , the show runs from October 1, 2011 until March 25, 2012. We are fortunate to have three Airline Chairs in our Collection at Harvey’s on Beverly.

Information and excerpts from The Antique Weekly and The Collector.