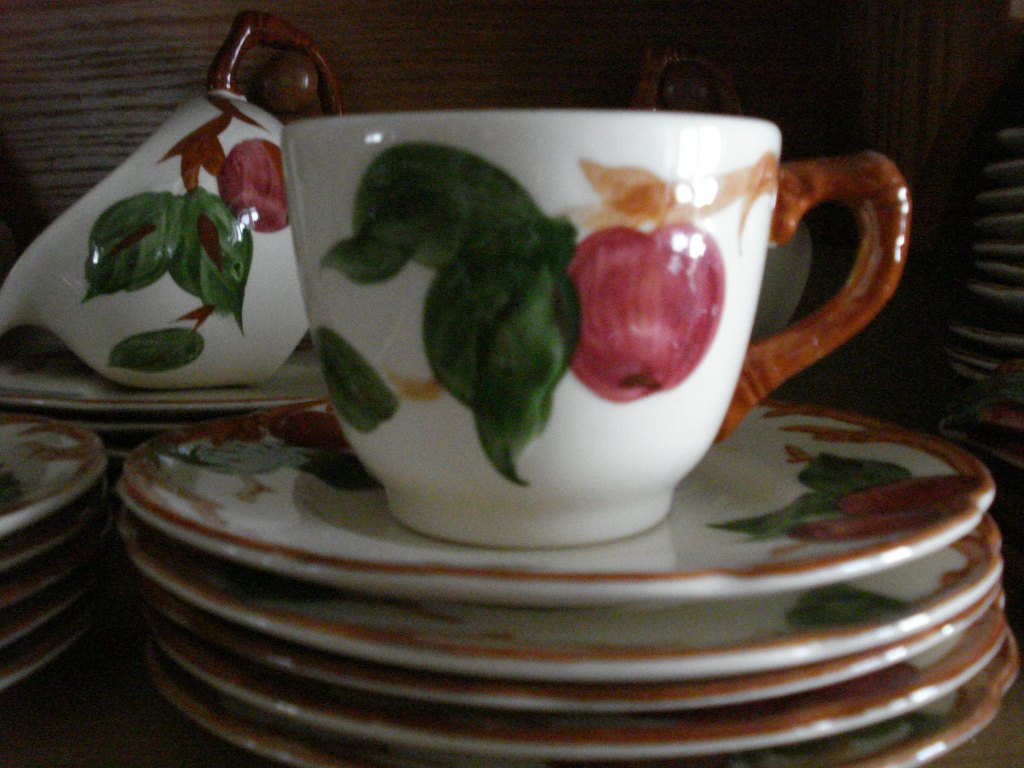 Here's what I know about Franciscan Pottery: It was first named such in 1934. Gladding-McBean and Company of Glendale, CA were the first manufacturers. Dozens of different patterns were produced but in 1962 Gladding McBean and Company merged with the Lock Joint Pipe Company (can you believe it?? :) and became Interpace. The Franciscan line continued in California until 1984. That's why you will see many pieces with 'Made in California' stamped on the back. When the plant in California was closed, all production moved to England.

I've heard some patterns and pieces were later produced in Japan and China and maybe even Portugal. Several of the older patterns are still being produced in England by various divisions of Waterford Wedgwood. If you purchase one of the newer pieces their new look is somewhat different. I know on the apple pattern the color is not as bright and the size is a bit larger.

My collection started with my grandmother's set that she had used from the 1940's. When I lovingly took those pieces into my home and showed great interest in that pattern, my mother who owned and operated an Antique and Collectible store in Yukon, Oklahoma began purchasing additional pieces and gifting them to me. Today, I have a 14 piece place setting plus a lot of the extra pieces. I love them and use them every day! 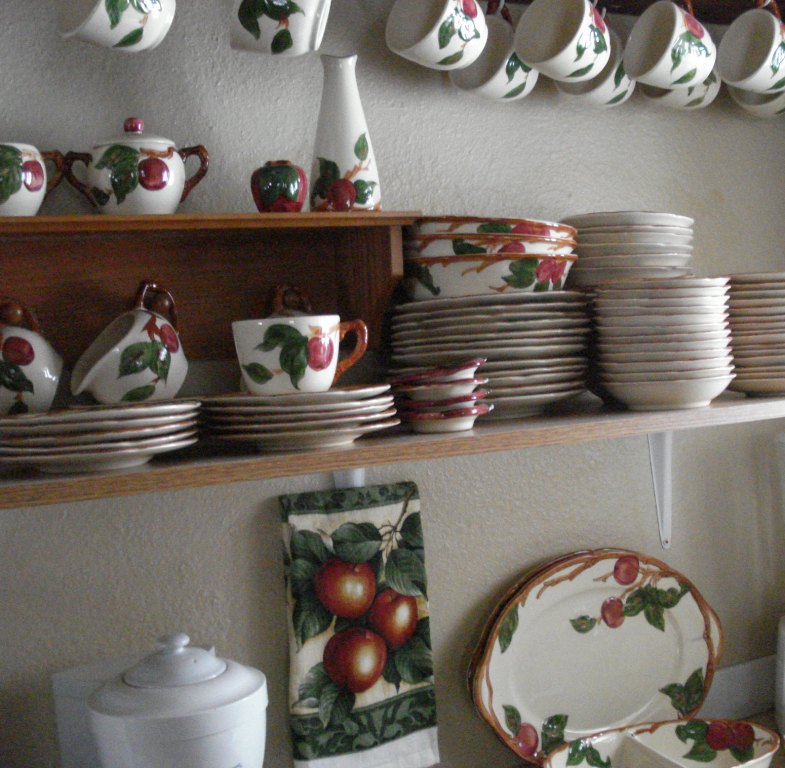 Comment by Ellene Meece on January 25, 2009 at 8:35pm
P.S. Just heard yesterday that Franciscan Pottery is one of the sixteen dinnerware and tableware manufacturers filing bankruptcy or operating in insolvency!