Jan H. Kemp (March 1949 - December 2008) was an American academic and
English tutor who exposed the bias in passing college football players
and filed a lawsuit against the University of Georgia.
Jesse L. Jackson 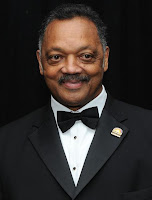 Jesse Jackson (born October 8, 1941) is an American civil rights activist and
Baptist minister. He was a candidate for the Democratic presidential
nomination in 1984 and 1988 and served as a shadow U.S. Senator for the
District of Columbia from 1991 to 1997.
Harry Woodring

Harry Hines Woodring  (May 1890 – September 1967) was the twenty-fifth governor of Kansas, and Secretary of War in President Franklin Delano Roosevelt's Cabinet.
Alexander Haig

Hubert H. Humphrey was the 38th Vice President of the United States, serving
during Lyndon Johnson's administration from 1965 to 1969.
John Forsyth

John Forsyth was a 19th century American politician from Georgia. He was Secretary of State
under Andrew Jackson's administration, appointed in 1834.