My name is Kyle Clark. I'm what you would call a beginner when it comes to antiques. My interest started about 10 years ago when I was around 13-15 years old. I was introduced to, what I only knew it as at the time, "Depression Glass" by my father. His friend had a fairly large collection of about 50 pieces or so that we displayed in a nice open display cabinet. He had lined it with black lights, and this is where my fascination began. When…

SPOTLIGHT ON MEMBER ANNIE THOMPSON OF NEW YORK
Growing Up On Long Island
I grew up in Smithtown, New York which is out on Long Island. In 1976, when the rest of the country was celebrating it’s Bi-centennial, our town was already 10 years past the Tri-centennial mark.  In typical, New York fashion, the entire town was whooping it up for a three day bash that rendered the volunteer fire department passed out in various stages of undress and most of the citizens…
Continue

I thought I would stop by and chat a bit. First things first, let me introduce myself. My name is Zee Mink-Fuller, otherwise known as Zazzy Zee, Divine Dumpster Diva and of course Purposeful Repurposer.  No matter what anyone calls me, my ears are always in tune with anything rusty and…
Continue

In Their words: our story that started 40 + years ago

My wife, Gail, wanted to go back to work when our daughter started kindergarten.  I found an ad for a small craft shop that was being sold by the owner.  It was close to where we lived and we made a deal and purchased her inventory for $1,000.00 and rented the…

What's a Fair Worth? Investigating the Economy of the New Event-Driven Art World

What's a Fair Worth? Investigating the Economy of the New Event-Driven Art World by Julia Halperin, Art+Auction

In 1967 there was only Art Cologne. Widely considered the world’s first art fair, the event was launched by German dealers seeking to reinvigorate a stalling market for modern and contemporary art. Over the next 45 years, a diverse population of dealer consortiums, private…

Going Negative: How Artists Are Engaging With the 2012 Presidential Election

Going Negative: How Artists Are Engaging With the 2012 Presidential Election by Sara Roffino

Four years ago, just over half of all Americans were in the midst of the ecstatic, Obama-induced euphoria of hope and change. People rallied and canvassed and registered voters in cities covered in images of Shepard Fairey's "Hope" printed on everything…

My Pet Peeves in Auction Listings

Surfing online auctions for finds can be fun. I do it all the time, seeking things I want, both for resale and for personal use.

Online auctions are to me the virtual Big Flea Market and as in a real flea market one must wade through tons of miscellany to spot the finds.

It's faster and more convenient to do it online of course and yet, there are some things about auction listings that do annoy me.

I shop mostly for silver…

By Their Samplers They Will Know Them

"Our girls,” Dan and Marty Campanelli call them. Each girl was a sampler embroiderer, mostly in the early 1800s, along the East Coast. Each one now has her own biographical research binder on shelves at the Campanellis’ farm in western New Jersey. The couple have spent a decade tracing the sewers’ genealogies and identifying the stitched scenery.…

The Brimfield Antique & Collectibles Show has been a going concern for more than 60 years. I’ve heard tell of it for several…

How to Choose A Estate Sale Company

Why all estate companies are not created the same!

First of all I don't want you to get the wrong idea, most companies are very reputable and I always recommend other companies if prospective clients don't retain my services. Then there are companies that are down right dishonest, boastful and outright liars.

One company likes to boast that they have 200 plus sales a year and have an email database of over 15,000 names. I know for a fact they… 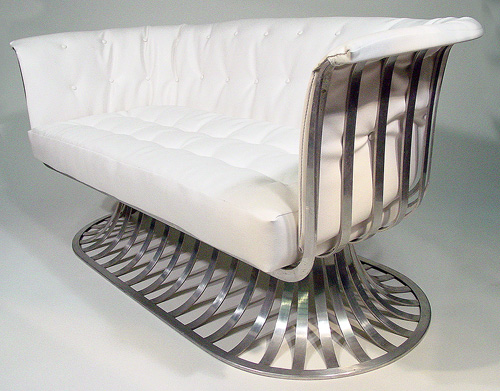