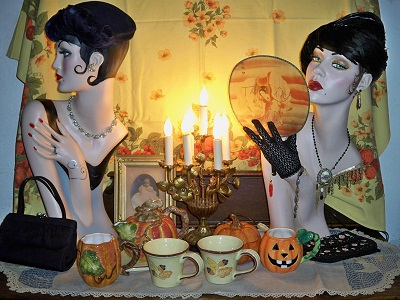 Oct 04,2010 - CHICAGO, IL, October 4, 2010--Thanks to the hit TV series Mad Men the '60s are back and fans of the show will be finding the best
the era had to offer at Modern Vintage Chicago Fall Fashion and Jewelry
Explosion by the Randolph Street Market Festival.

"Other popular series like Six Feet Under and the Sopranos didn't have
the power to excite the fashion world like Mad Men does," says Sally
Schwartz, promoter of the popular Chicago market.… Continue

American Pickers: Saving Antiques One at a Time By Dan Browell

eBay made three separate announcements on Tuesday that included a major round of changes
affecting sellers, with many of the new policies taking effect on
October 26. That gives you 30 days to figure out what all the changes
are, how they affect you, and to make sure all of your listings are in
compliance.

There was a reason eBay had promised… Continue