Porcelain Head Doll Top With Asian Writing - What Was This? 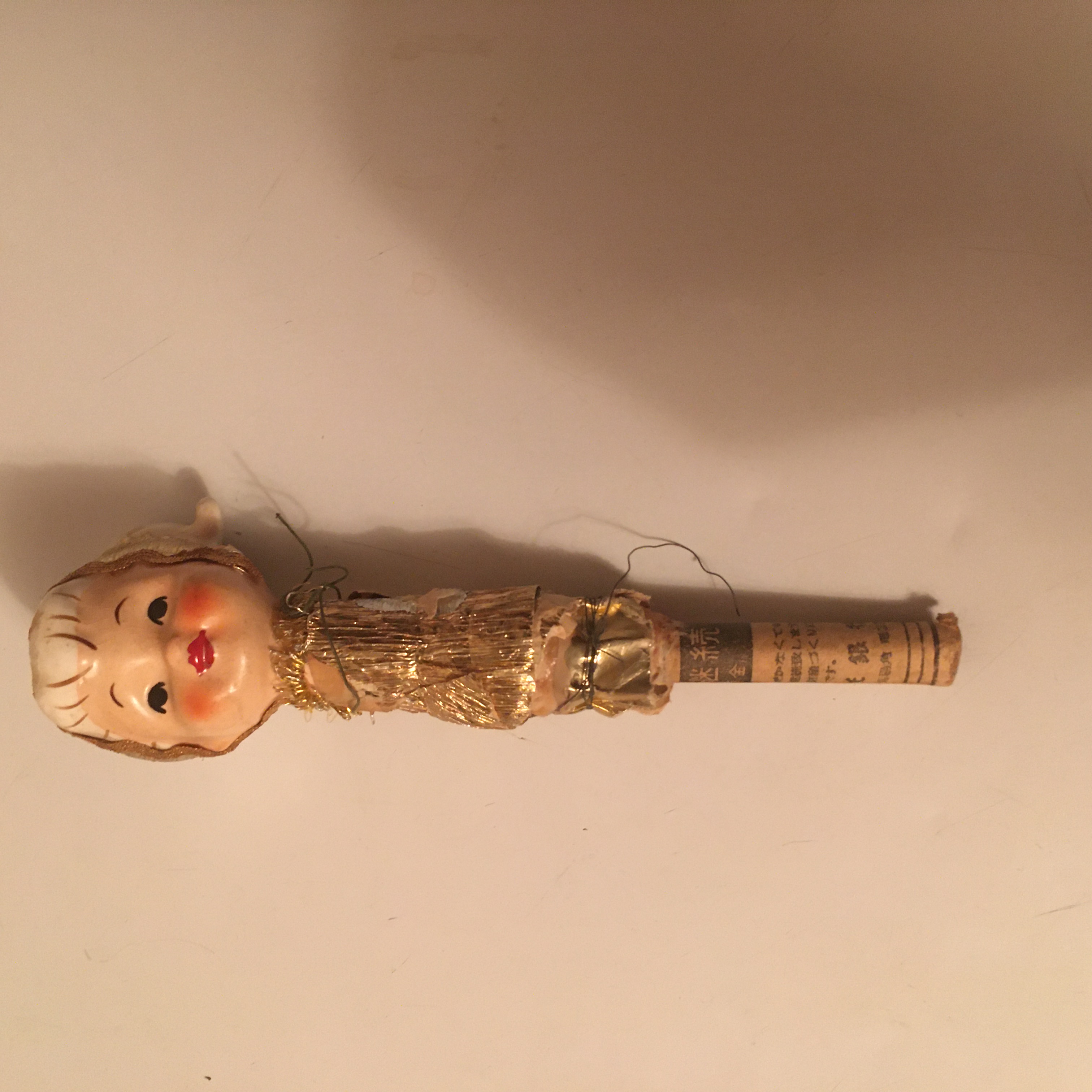 If you un-wire the gold fringe there should be a long neck and upper portion of chest, also made of porcelain. It should have one or two holes for attaching lower parts or dresses, etc. The lower parts on  your doll are not original to the doll.   They're mostly made in Germany and are called "half dolls". They are dated to 1950s or newer.  Value not determined.

Whereas your doll's arms are not shown makes me wonder if she has arms...or maybe they were broken off.  If so, then value would be minimal.

Another German made doll is called a "Frozen Charlotte". It is much older and consists of head, neck and shoulders.

This isn't a half doll, I viewed them on the internet. Your description of a half doll is correct but this not a half doll.

Hi Sharon, This is NOT a half doll, Half dolls are much older, made of Porcelain (not pottery) and have the entire top half of a body, including arms with hands and fingers, and a torso.

What you have here is a part of a Christmas Ornament. She has the Joseph Originals head, and hairstyle from the "Birthday Girls" line, 1960's, all made in Japan, and Imported to USA.

These pieces are hand painted, just as the Jos. originals are. The gold glittery stuff was part of the ornament. I've seen these in a few different configurations - A star, a little house, and angel type ornament too.

Hold on, and I'll try to find a few photos for you.

I spelled the name wrong  - It's Josef originals, ugh. Also, yours is the older ones, early 60's. Later on, the painting on the faces isn't as well done. Here's a photo

Now of course I can't find any of the ornaments. It might be that they are rare now too though. I've only seen them a few times, in some old estates we did, years ago.

Here is a later example though: 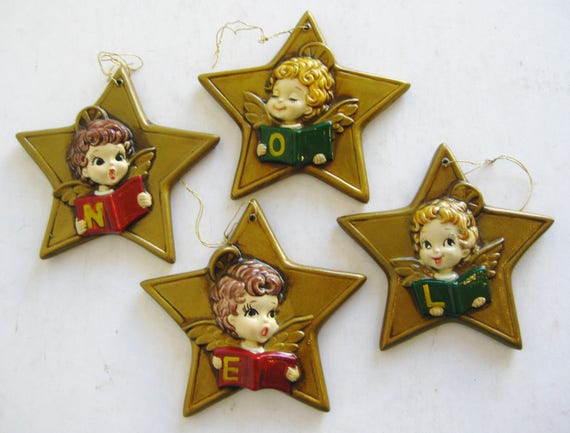 I've got the elves, they are so stinking cute! LOL, but the prices are off the charts, just for one of those! They are not as rare as your little head here though.

It might be worth writing to kovels.com (If your not familiar with them? Terry Kovel and her late husband have been helping out collectors of all sorts of stuff since the 1940's. They have a nice website and newsletter, and you can write to ask about a single item, like yours) That would be your best bet of getting an answer, or maybe from an ID book, or an ID book author? - Worth a try anyway!

You do come up with some interesting things, Well Done! :)

I agree, it's not a half-doll or a frozen Charlotte. Looks like a Josef doll to me too but Josef didn't make any "head only" dolls like yours, and although it's said to be a Josef Christmas ornament I can't find any Josef ornaments that resemble her. Most of them have bodies, angel wings, arms, full skirts with petty skirts.

SHARON, Please un-wire/undress your doll and show us (Picture) her neck and explain how she got beheaded.

I think you have a diy Christmas ornament with a broken doll head. To the kid who made it and his/her parents it's priceless!