We have several black items for sale on www.icollect247.com.  There is a special Black Americana category

Permalink Reply by Memphis Attic on April 27, 2010 at 10:13am
I have the valentine s&p set. I have the other set where they have the black hair also. Made by Shafford i believe. Love the native with the watermelon! Don't have that one yet.

Permalink Reply by labonnevivante.com on June 28, 2010 at 3:55pm
Hello, we are new to this forum and are excited to have found it.

Our antique image offerings range predominately from the 1800s to the 1940s. There are photos of African American families, church groups, children, couples. There is professional portraiture; there are many vernacular and “found” photographs. There are cabinet card photos, RPPCs, cartes de visite, and tintypes. African Americans, from myriad locales, rural and urban, are always the focal point.

Our ephemera-memorabilia offerings include artifacts such as programs, diaries, scrapbooks, sheet music, posters, advertisements, letters, diplomas, and legal documents. These items lend dimension to the collection.

We post new offerings frequently; please stop in to see us at labonnevivante.com!
Attachments:

Permalink Reply by faye redden on July 15, 2010 at 9:25pm
wow thats awesome i have uncle moe- correct me if im wrong- i didnt relize how it was suppose to be with the creamer!!

Permalink Reply by labonnevivante.com on August 18, 2010 at 11:54pm
VINTAGE AFRICAN AMERICAN PHOTOGRAPHS FOR SALE AT LABONNEVIVANTE.COM 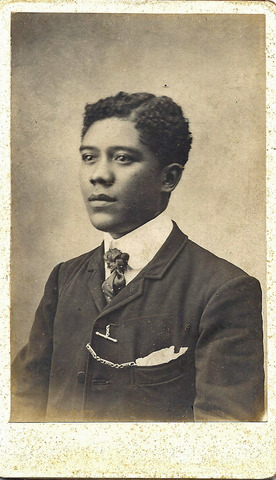 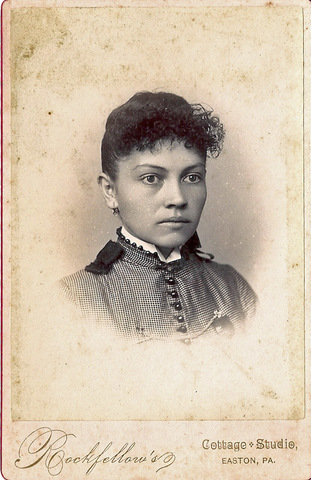 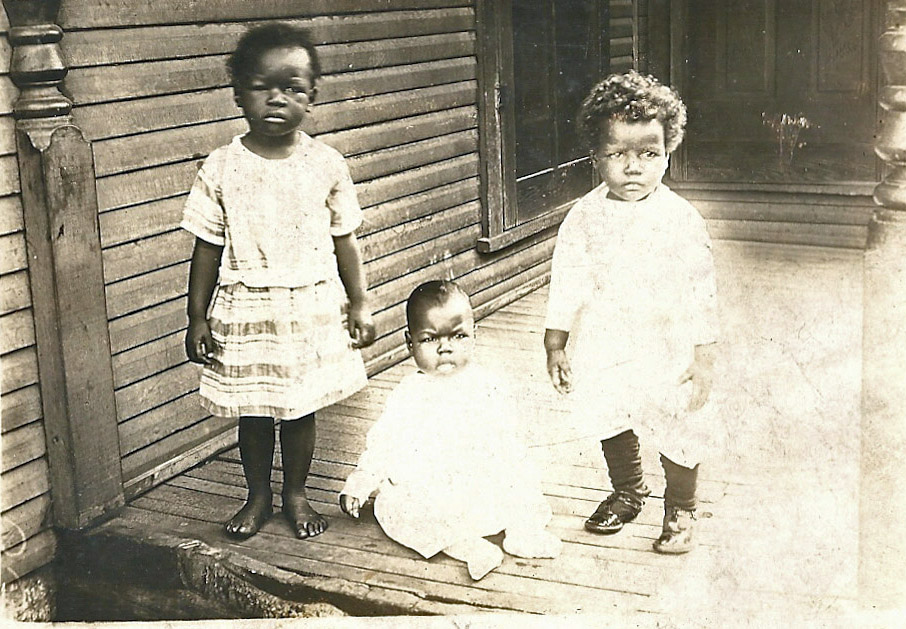 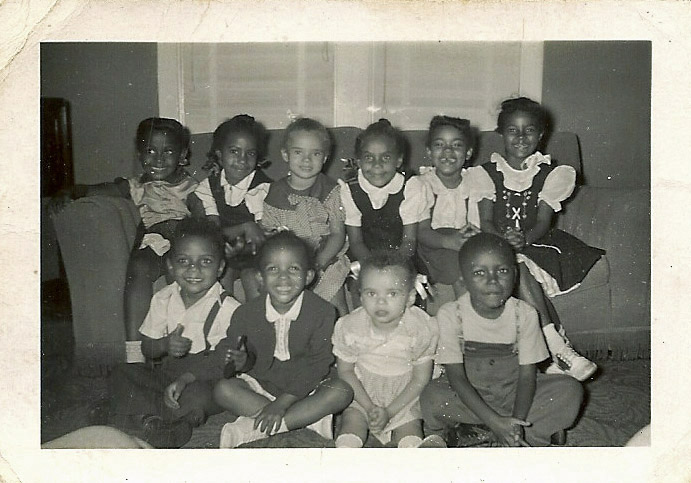 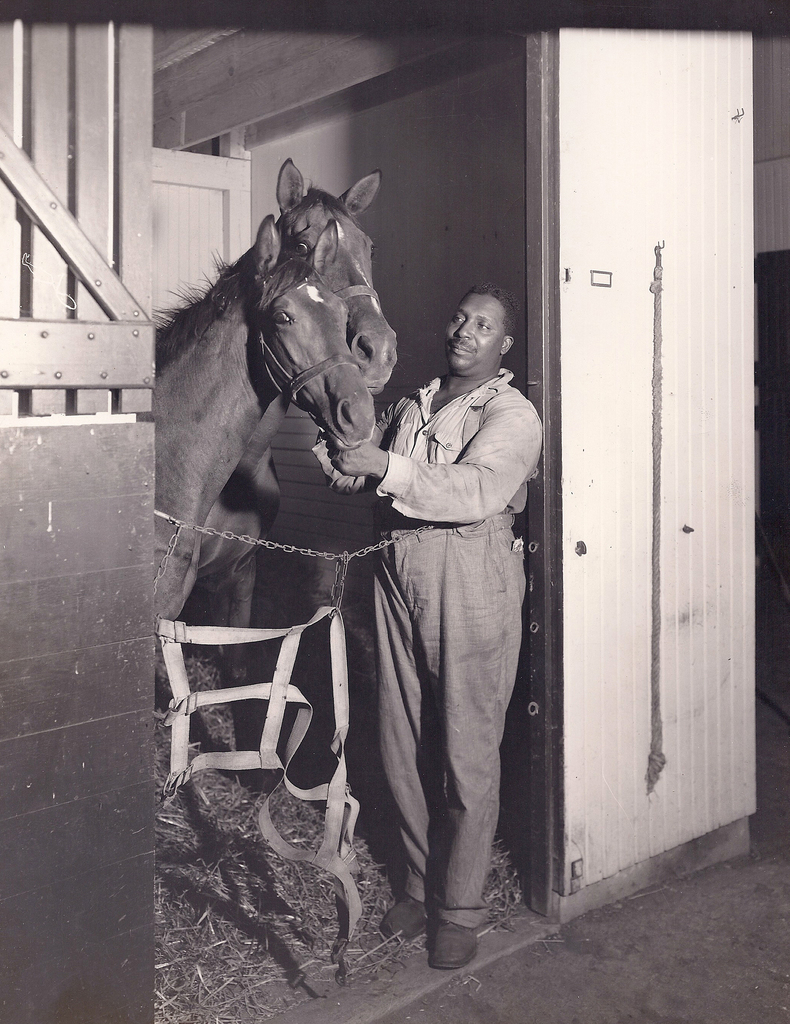 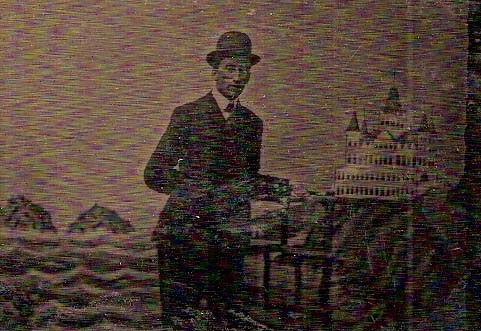 Permalink Reply by labonnevivante.com on August 19, 2010 at 12:42am
AFRICAN AMERICAN MEMORABILIA AND EPHEMERA FOR SALE

HERE ARE SOME SAMPLES --VISIT OUR SITE LABONNEVIVANTE.COM TO SEE MANY MANY MORE. 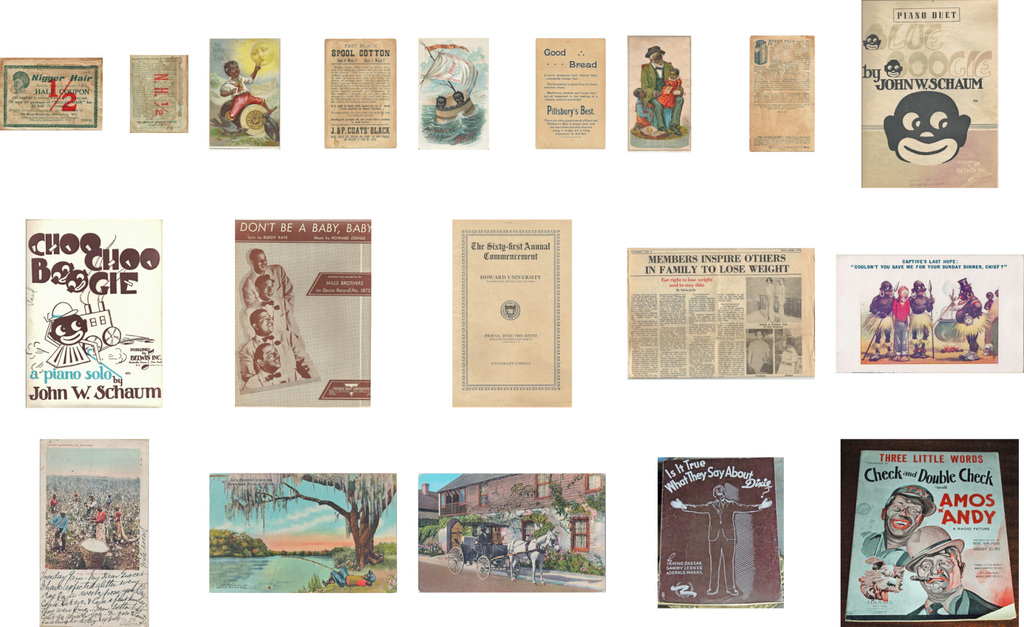 Permalink Reply by labonnevivante.com on August 19, 2010 at 11:33pm
CLICK HERE TO VIEW LABONNEVIVANTE.COM GALLERY OF AFRICAN AMERICAN IMAGES ; A SAMPLING OF ITEMS FOR SALE. VISIT OUR SITE TO SEE THE FULL INVENTORY OF AVAILABLE ITEMS! 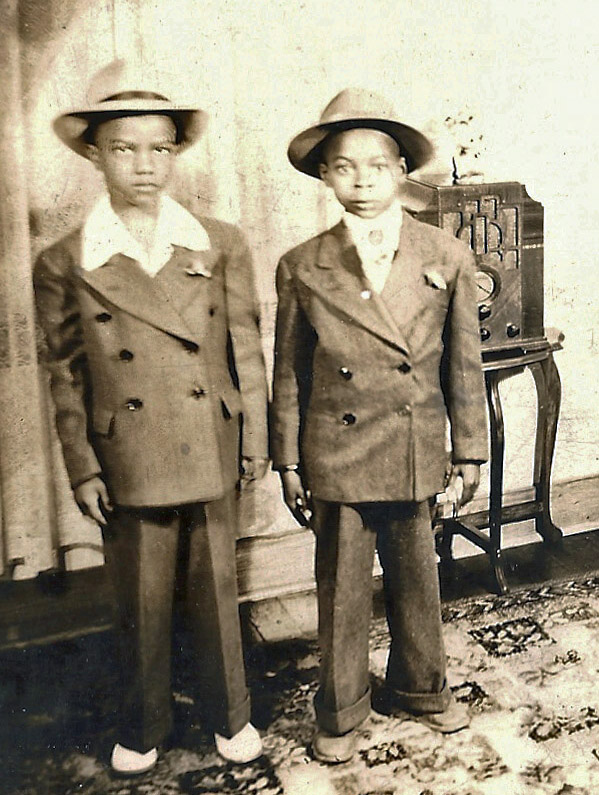 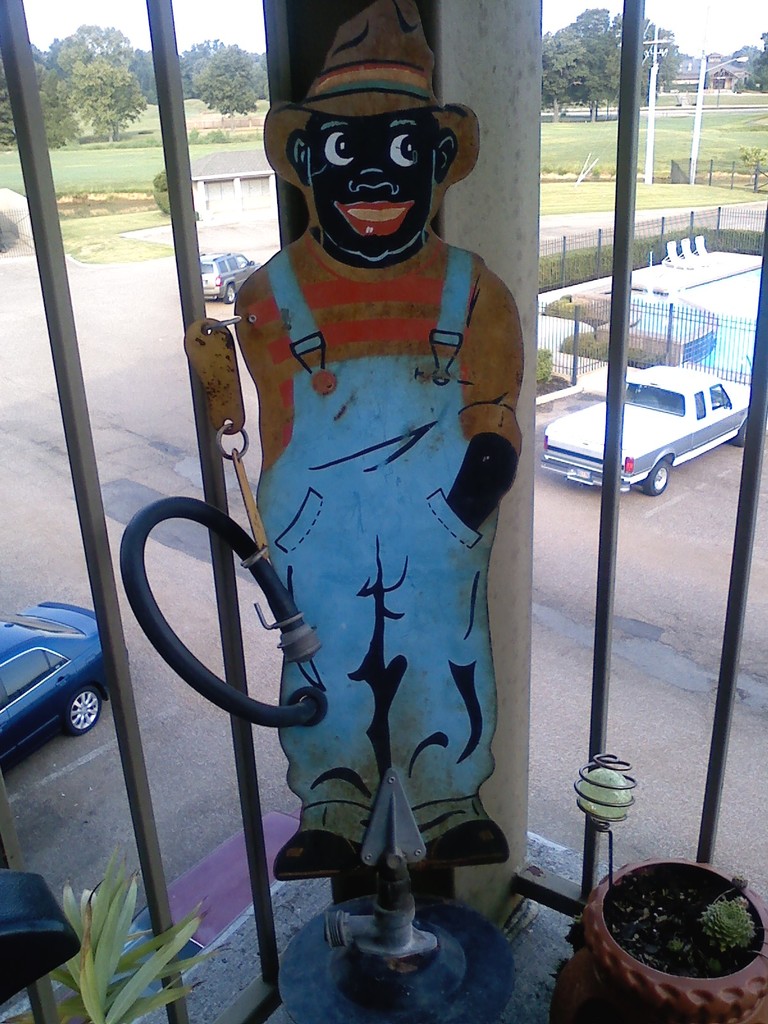 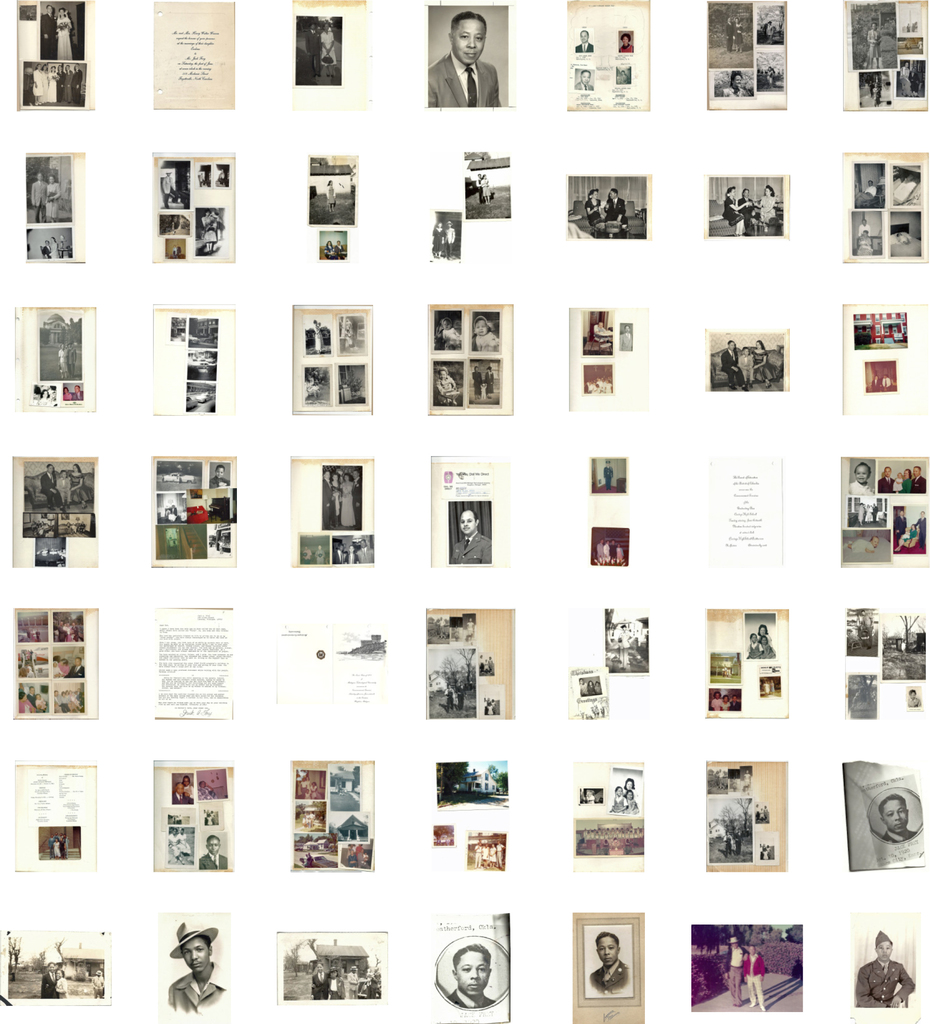 FOR SALE ON OUR WEBSITE, LABONNEVIVANTE.COM, WE HAVE AN AFRICAN AMERICAN PHOTO ALBUM/SCRAPBOOK THAT DOCUMENTS THE LIFE OF JACK AND EVELENA WARREN FREY. SEE FULL COMPLEMENT HERE. ALBUM BEGINS WITH PHOTOS OF JACK IN LATE BOY -EARLY MANHOOD IN KS AND OK, FOLLOWS HIM THROUGH THE SERVICE, DOCUMENTS THE COURTSHIP, WEDDING AND EARLY ,MARRIAGE, ...PARENTING EXPERIENCE, RELOCATIONS TO WASHINGTON DC AND THE WEST COAST, AND SEEMS TO END AT FREY'S 58TH WEDDING ANNIVERSARY. THERE ARE EPHEMERA IN THIS ALBUM AS WELL AS PHOTOS WHICH INCLUDE, BUT ARE NOT LIMITED TO THE FREY'S WEDDING INVITATION, HOLIDAY LETTERS AND CARDS, COLLEGE GRADUATION ANNOUCEMENTS, A FAMILY TREE, HAND DRAWN AND POPULATED WITH PHOTOS. JACK WAS A DINSTINGUISHED MAN, AND APPRENTLY WAS AN ALDERMAN IN A MAJOR MO. CITY. HE ALSO WAS QUITE ACTIVE IN THE NEWSTEAD AVENUE BAPTIST CHURCH, WHERE HIS SISTER, DOROTHEA FREY SCOTT (1908-2001), WIFE OF THE REVEREND WILLIAM A. SCOTT, SERVED AS "FIRST LADY". THIS IS A TREASURE TROVE AND IT COMBINED WITH THE PEARL HILL AND DOROTHEA FREY SCOTT COLLECTIONS LISTED ON OUR WEBSITE COMPRISE A RICH HISTORICAL COLLECTION. THE PHOTOS AND OTHER ITEMS ARE MOUNTED IN A "MAGNETIC" ALBUM AND RANGE FROM GOOD TO VERY GOOD+ CONDITION. ALL ARE EASILY REMOVED FROM THE BOOK AND THE MOUNTINGS.

VALMOR PRODUCT HISTORY
African-American entrepreneurs created the ideal of Black Beauty in 20th century advertising. It was an important component to their success – and failure: black beauty quickly became a socio-political and economic issue.
As blacks moved out of slavery and into the workforce, ministers and activists worked hard to emphasize good hygiene and a clean appearance as a way for black people to win jobs from white employers. Black cosmetic companies wanted their ads to deliver the same message, but owners like Madame CJ Walker thought the idea would inadvertently result in blacks forgetting their heritage and trying to look like whites. Good grooming was one thing – bleaching creams and hair straighteners were another. Companies like Walker’s refused to sell them.
Black business leaders were extolling Race Pride but contradictions in the black psyche slowed progress: the New Negro hated being portrayed as Mammy, but the black standard of beauty was as old as Antebellum – alabaster skin, aquiline nose and thin lips. America still classified people by skin tone, and blacks were no different from the white norm. The world was changing, but beauty ideals remained very conservative -- and very European.
It was a fact that didn’t escape the attention of white entrepreneurs. They were eager to tap into black buying power, but they knew a good price wasn’t the only thing that influenced blacks to buy. After World War I, many white cosmetic companies started including “specialty lines” for black women. Start-up companies built up their businesses by manufacturing toiletries for African-Americans, undercutting black businesses with cheaper prices, spending more for ad revenue in black periodicals – and using language they knew had distinct meanings among people of color. Bleaching creams were called “skin brighteners” – offering the promise of clearer skin, perhaps lighter skin. Black businesses began to struggle to stay in the game.
But it was the Great Depression and sex that closed the door on black cosmetics companies and made Valmor Products one of the top cosmetic firms among black women. The issue of black beauty became de-politicized in black newspapers during the 1930’s and was replaced by anything that took people’s minds off hard times – articles on movie stars, romance and the psychological effects of beauty.
Valmor aggressively promoted the idea of romantic love with its products – not only would its skin brighteners and creams help deliver the man of your dreams, but perhaps marriage and a better life. According to author Juliann Sivulka, the advertising concept helped Valmor “successfully re-package Angle-Saxon 19th century ideals and gender roles.” New mass media wasn’t just influencing white Americans, but African-Americans as well. Valmor came out on top, its dominance of the black cosmetics industry “signaled the end of an era (that) promoted beauty as a means of racial pride and “adjustment.”
It would take more than thirty years, Huey Newton, Eldridge Cleaver, the Nation of Islam and James Brown before Black became beautiful again. Eventually black-owned and operated companies such as Afro Sheen squeezed Valmor products out of the black beauty game forever. (SOURCE)