Glass Floater - with barnacles - but how do you know if it is Japanese...?

Sorry I missed your post. Very informative information at these two links. 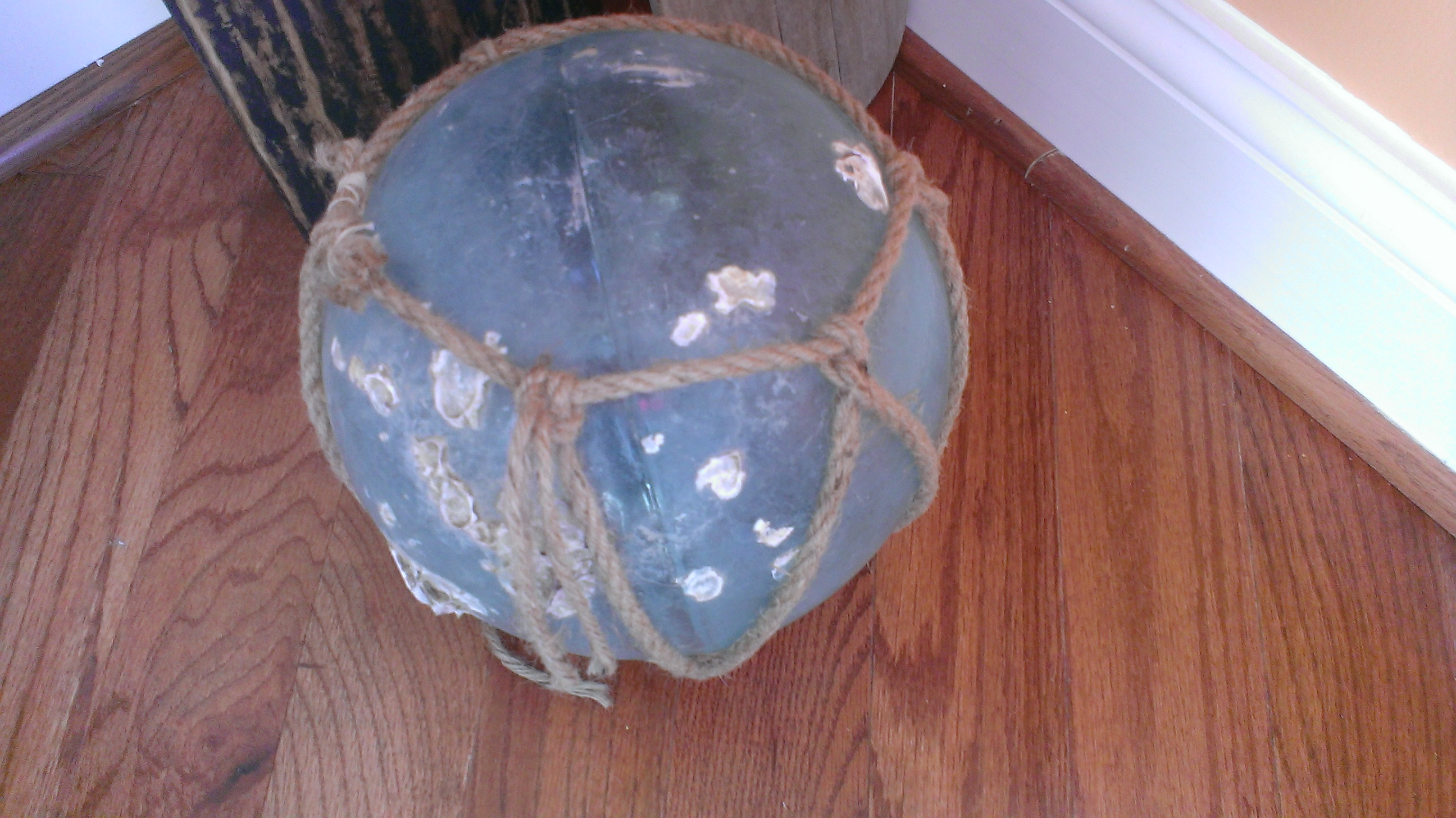 http://www.pinterest.com/satoclaus/glass-fishing-floaters/ So pretty. I like how they are used to hang above. Would be pretty for a wedding.

Permalink Reply by tomsantiquesetcetera on October 22, 2016 at 9:01am

I'll tell you a story about 18 glass floats I bought at a church rummage sale. My wife sold Avon to the ladies so she knew most of them.  I spotted the floats, $1.00 each, took off my jacket and loaded each sleeve with them, 2 left over I handed to my wife to carry.  I went and paid for them immediately, gave them a $2. tip too ($20.00).  As I was wrapping them a young church lady came up and said she was going to put them in her garden and demanded that I give them back.  I explained that I had already paid for them and I didn't want to. Voices were raised, my wife handed the 2 floats to the lady, told me to give em back, blah, blah,etc,etc.  Noise attracted the men-folk who had been  inside the church and they came out ready for action.  Cashier lady explained to old, white bearded man (the Leader) that I had bought them, paid for them and even given them a tip.

He retrieved the 2 floats from the young lady and handed them to me and that was almost the end of it.  My wife bagged at me all the way home.

At home I pulled out one of the cobalt blue floats and handed it to my wife and asked if she could read what was written in Japanese on the Japanese fishing float.  She read, "Winchester" and on a ruby red one, "Remington". All 18 were marked. The cobalt blue ones I sold for $750. each, the ruby red went for $650. each. There were amber and yellow ones too. I got around $3,700. for all of them.

These were antique (Pre clay pigeons) target balls.  A person would throw it up in the air while the shot gunner would shoot them.

If you have any softball sized "fishing floats" you might want to look more closely at them.