Up for sale is an absolutely gorgeous example of early 20th century British,  art pottery, designed by Charlotte Rhead, and produced by Wood & Sons, Burslem, England.

This jug appears in the book "Collecting Rhead Pottery," by Bernard Bumpus on page 43 plate 29.

The Jug is marked to base "Wood & Sons Vert de Mer Burslem England" and with the number 1794, the number 15 and what appears to be the number 5.

Although not signed this jug, as documented in the book "Collecting Rhead Pottery," is attributed to the world renowned potter, Charlotte Rhead (Oct. 1885 - Nov. 1947).

Charlotte Rhead was born into an artistic family. Her father Frederick Alfred Rhead began his career as an apprentice at Mintons where he learned the art of pâte-sur-pâte ceramic decoration from Marc-Louis Solon. Frederick A. Rhead went on to work at a number of potteries including a failed venture of his own. Charlotte's mother Adolphine (née Hurten) also came from an artistic family. Charlotte's elder brother, Frederick Hurten Rhead, became a well-known pottery designer in the USA.
Rhead is noted for her cheerful tubelined designs. Her style was more traditional than that of Clarice Cliff and Susie Cooper, her contemporaries. Rhead's ware was popular in her lifetime, and continues to be so today. Jessie Tait, another prolific ceramic designer, worked for Charlotte Rhead.

The jug is decorated in vivid colors with a floral pattern depicting a large flower surrounded by smaller flowers and foliage. The bottom portion is decorated with a triangular, geometric pattern. It is an interesting combination with the floral aspect obviously being heavily influenced by the Art Nouveau school and the geometric pattern being very much an Art Deco design. These are prominent aspects of a great deal of Charlotte Rhead pottery pieces.

This amazing antique piece of Rhead pottery is in mint condition. There are no cracks, chips or repairs. There is the faintest amount of crazing on the base but, to be honest, the camera sees it but the naked eye doesn't without high magnification.

This is a fantastic piece to add to any collection. Not only are these jugs rare, outside of collections, but this specimen is in wonderful, IMHO mint, condition. It really is certain to please any collector and become a real showpiece in their collection.

I'M OFFERING UP THIS GREAT PIECE AT AN EQUALLY GREAT PRICE. I'VE SEEN THEM SELL AT AUCTION, ON THE RARE OCCASIONS THAT THEY COME UP, FOR $300 TO $400. YOU CAN PURCHASE THIS ONE FOR $250 PLUS THE FLAT RATE SHIPPING. PAYMENT IS ACCEPTED VIA PAYPAL ONLY AS THAT IS THE SAFEST PAYMENT METHOD FOR BOTH BUYER AND SELLER AS FAR AS I AM CONCERNED.

CANADA POST EXPEDITED SHIPPING TO MAINLAND CANADA AND THE CONTINENTAL UNITED STATES IS A FLAT RATE OF $30 INCLUDING 3RD PARTY INSURANCE AGAINST LOSS OR DAMAGE.

IF YOU ARE INTERESTED IN THIS GREAT PIECE JUST CONTACT ME HERE AND WE CAN WORK OUT THE DETAILS. 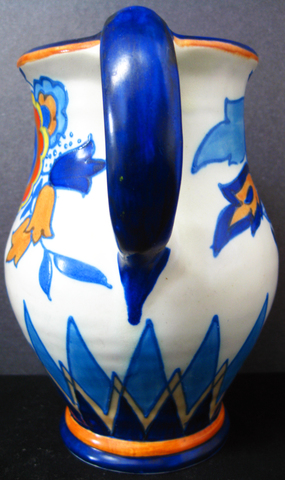 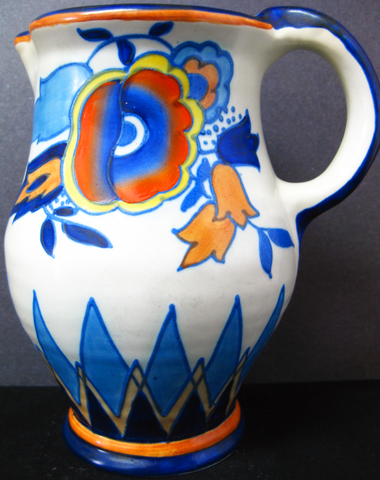 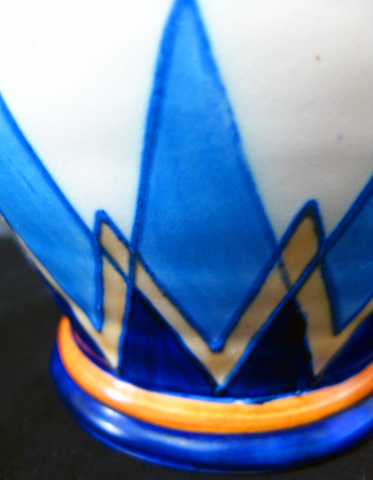 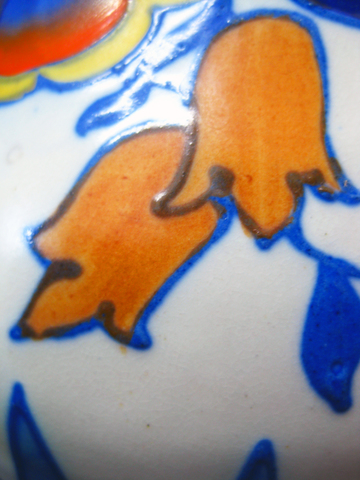 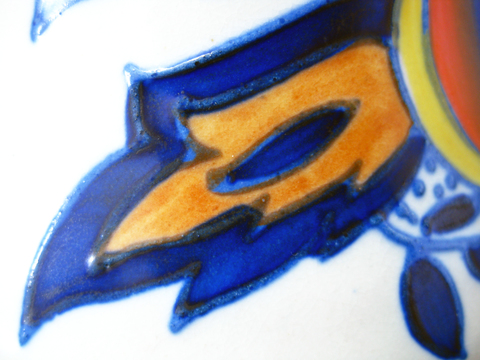 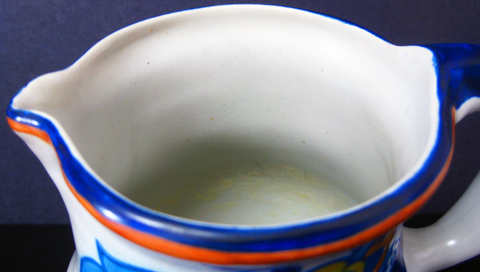 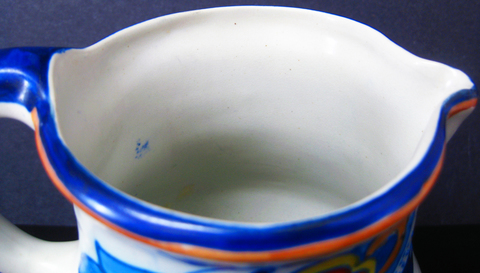 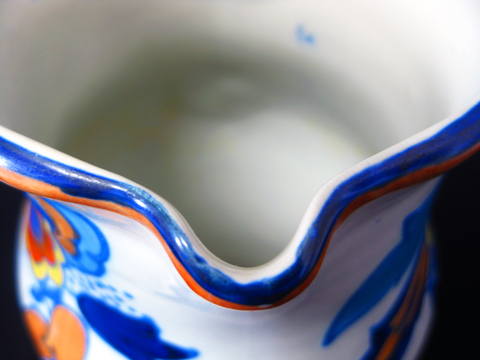 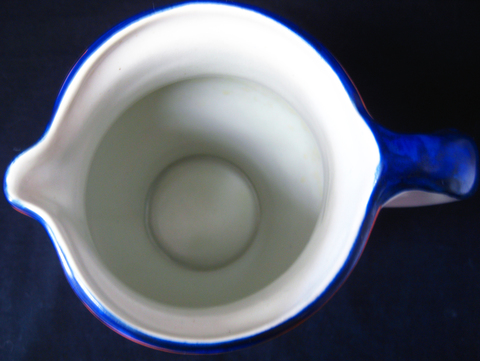 A very nice piece of charlotte rhead. im surprised her pieces are still affordable?i have a large collection and will list some pieces shortly kind regards from the isle of wight.george iona.

Very strange. I didn't get an email alerting me of the reply to this thread. I apologize for not responding. Thank you for your kind words. It is odd that the pieces are not drawing higher value it is true. I find a piece now and again and they are not easy sells but I grab them all the same as they are always beautiful pieces.

Oh and just as a bit of closure for this posting. The piece has sold so mods you may do what you see fit with the post.