This lovely Coalport tea cup and saucer, circa 1900, caused me to stop and get some history for today. 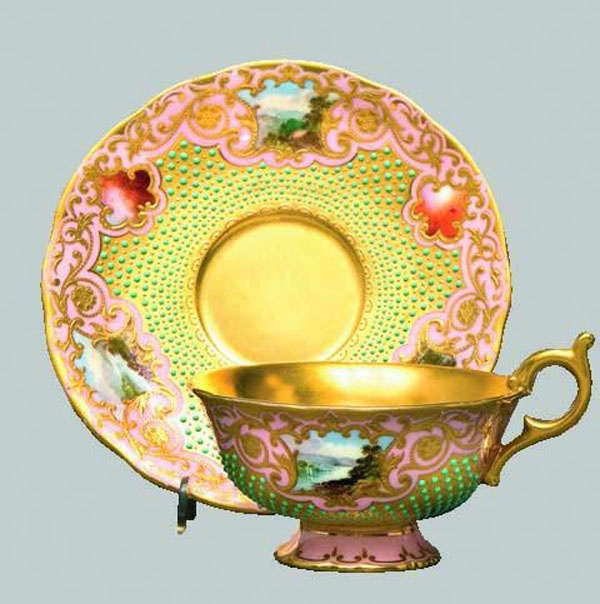 In 1820 Rose received the gold medal of the Society of Arts for his feldspar porcelain and an improved, lead-free glaze, with which the enamel colours fused in firing.[5] Favourite patterns were the "worm sprig" and the "Tournai sprig" introduced by Billingsley at Pinxton, the Dresden-inspired "Berlin china edge", and the blue transfer willow pattern and blue dragon pattern.[6]

So...do you own a piece of this magnificent porcelain?

Ellen,  This is so unusual in color & design. The colors just "scream" Beauty.  Thanks for the History of Coalport.

It is an eye-catcher for sure, Brenda! My pleasure on the Coalport History.

Happy to have you in our China Chat group! Welcome to start discussions and post interesting photos all day long. :) 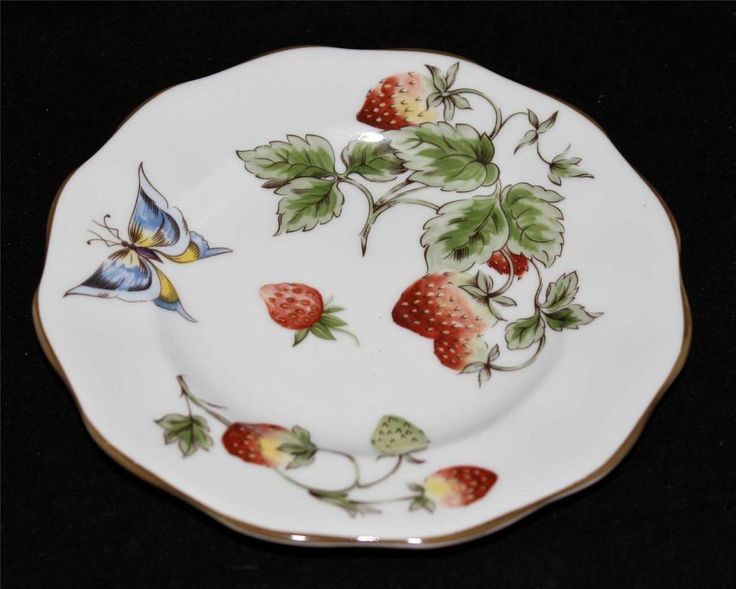 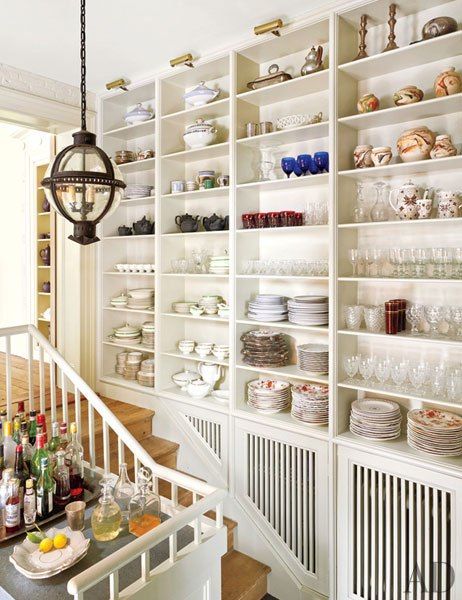 This 5 piece Coalbrookdale by Coalport set on Replacements Museum collection, is exquisite! 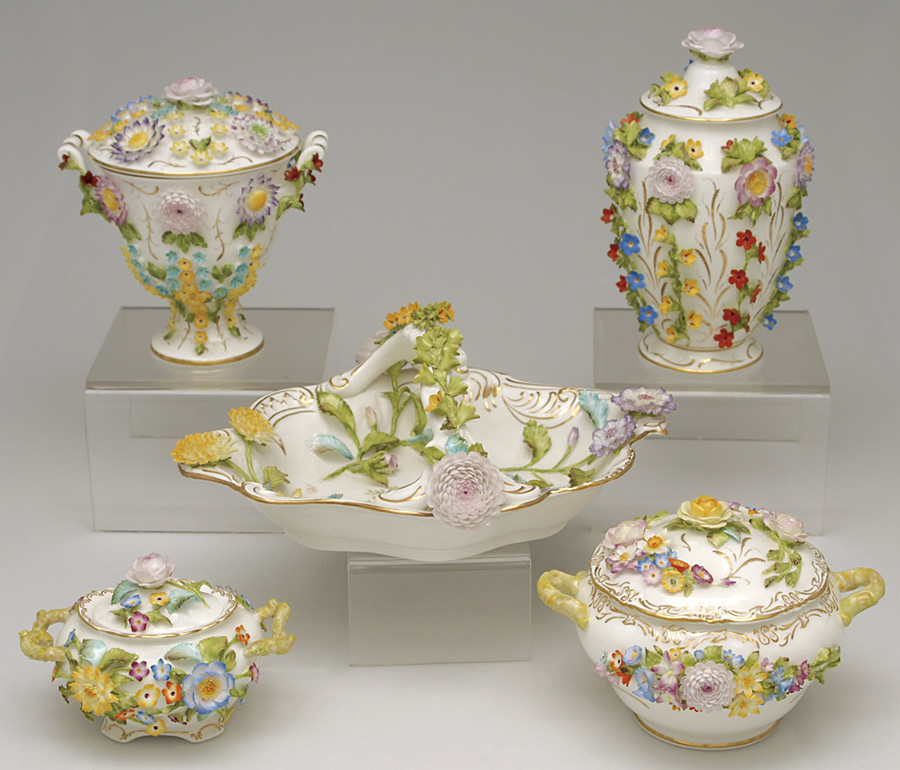 "Change was in the air for the art world as well. The restraint of Neoclassicism was beginning to give way to the lavish designs of the Victorian era, including a revival of Rococo. And here is where we return to the lovely Coalbrookdale pieces, made by Coalport sometime between 1820 and 1835, in our Replacements, Ltd. Museum collection."

I love Coalport!  Here is one of my demitasse cups and saucers: 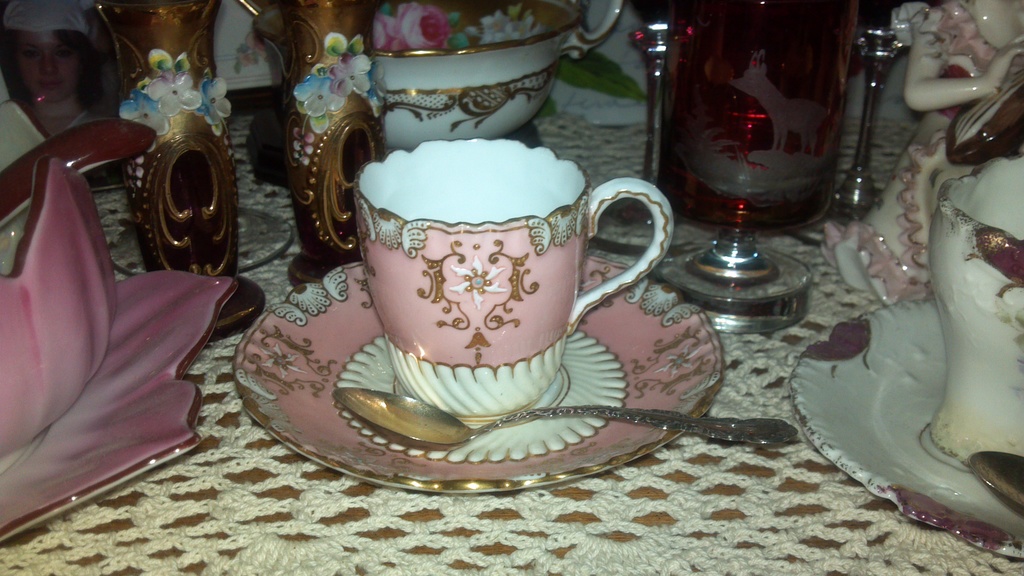 Beautiful, Elaine!! Thanks for sharing!

One thing I can say about Coalport China is that the colors are just so vivid. 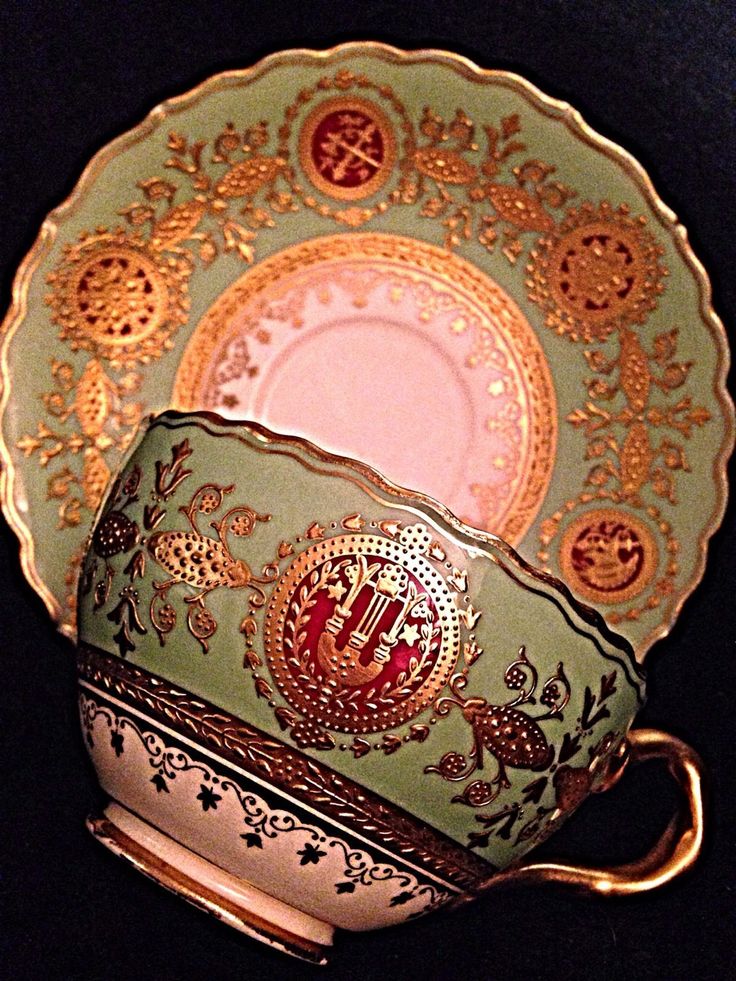 This is so beautiful!  I wonder what year this was made?  It seems to be more antique than vintage?  Love it!  :)