Why I Love Antiques

I grew up in Smithtown New York,  which is out on Long Island. In 1976, when the rest of the country was celebrating it’s Bi-centennial, our town was already 10 years past the Tri-centennial mark.  In typical New York fashion, the entire town was whooping it up for a three day bash that rendered the volunteer fire department passed out in various stages of undress and most of the citizens passed out along with them. But that is a story for another day. I use it here to illustrate the antiquity of my birthplace and the foundation of why I love both history and antiques.
They’re fun to say the least, and they make for great tales, both tall and short.

From an early age I was, along with my siblings and the neighborhood kids, digging in the dirt and finding old things buried years ago by farmers who had lived in the patch of wooded area behind my house. The area had become part of a “green” preserve and as I kid I spent most of my summer days there. We would dig up old egg beaters and other kitchen tools. Once we found a bottle of Lysol from the late 1800s with the cork intact. My mom used it on all the toilets in the house and it blew the stains off the toilet. I don’t know if the fact that the Lysol was buried in the ground for 100 years gave it atomic properties or if Lysol in the late 1800‘s was actually atomic, but surely, modern day Lysol was not the same.

In these same woods, and in stretches of woods all over the town, there were abandoned farmhouses and estate homes, dating back as far as the late 1600s. We were, of course, forbidden to play in these old structures and were warned of the danger of falling through rotting floors or the possibility of  Boo Radley and friends having taken up current residency. These warnings only made the building more appealing, so at least once a week we hit up these old places to see what we could find. One sunny, summer day, under an old area carpet on the third floor of a place that had been converted to a “bed and breakfast" during the 1920s, we found the entire Sunday comic section from July 1927, the very same week my mother was born. It was laid out under the area carpet, I suppose, as a barrier against slipping or moisture. We carefully folded it up and brought it home to my mother, who was ecstatic and then, suspicious, wanting to know where a pack of 6 to 9 year old’s could obtain such a prized artifact.  “We didn’t find it on the second floor of the abandoned farm house Mom,” my younger brother chimed up. Which was true,  because we found it on the third floor.

Since then, my fascination with finding and researching, holding and valuing, sharing and selling antiques has never ceased. I once had a mirror from the early 1700‘s which hung in my stairway leading from downstairs to the upstairs. Every day, when passing that mirror, I saw my own reflection, but also the reflection of all others who had looked into it over the past 250 years. Of course, I reflected on only the most famous of folk, imagining that George Washington himself had looked into that mirror! All things are possible, and it is the possibility of living history that keeps me on fire for antiques and all things old.  One day, maybe I’ll find the Maltese Falcon or an undiscovered work by Edgar Allen Poe, but until then I’ll keep looking for Sunday comics under musty carpets and rooting around estate sales, thrift stores and any place else my quest my lead me. 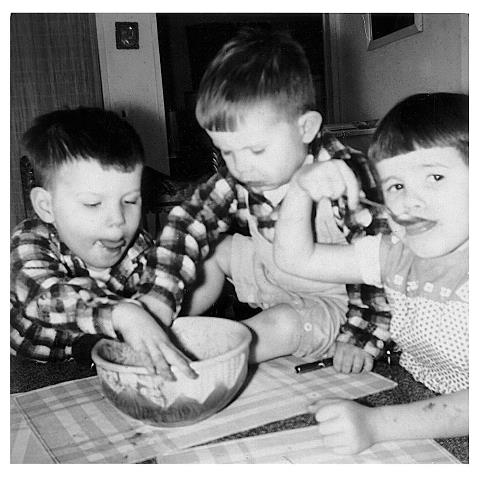