The Silver Standard was a periodical issued by 1847 Rogers silverware manufacturers to their retailers for many years. It came out in small book volumes each year, mainly showing what the company was doing in advertisements to support  their retailers, with many fine images of their wares. It is believed that the last issues of the Standard were printed in the early 1920s.

The publications also contained miscellaneous clips from American newspapers of the late 19th century,  some even published in 1847. The content ranged from important news of new inventions, the state of the U.S. and the world at the time, as in growth, transportation, industry, etc. Even fashions and humor were included.

Some entries would be downright unacceptable to print today. They should be viewed as a reflection of the mindset of the people at the time they were written. As such they were not meant to offend but merely to inform and ought to be accepted in that light even today.

Here's an example that probably never would have been either written nor published today. 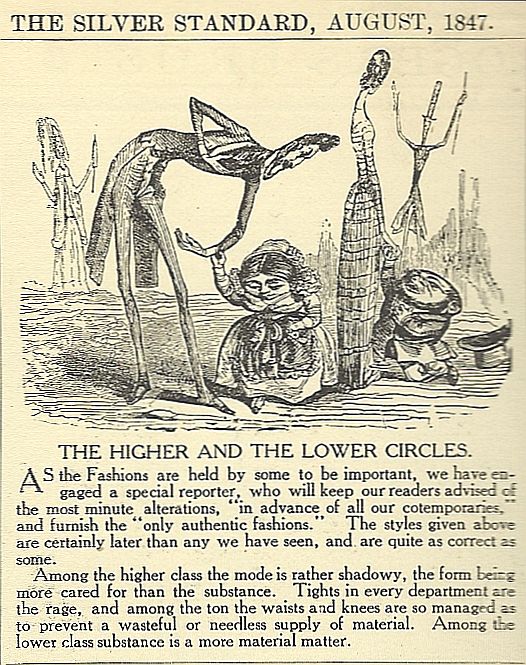 Do you think anything has changed in the way fashions are viewed and by whom, today, or not?