OVER 1,000 VINTAGE ANTIQUE CLOCKS AND WATCHES – MANY OF THEM RARE, HIGHLY COLLECTIBLE TIMEPIECES – WILL BE SOLD MAY 30-31 BY FONTAINE’S

OVER 1,000 VINTAGE ANTIQUE CLOCKS AND WATCHES – MANY OF THEM RARE, HIGHLY COLLECTIBLE TIMEPIECES – WILL BE SOLD MAY 30-31 BY FONTAINE’S

(PITTSFIELD, Mass.) – Over 1,000 lots of vintage antique clocks and watches – many of them exceedingly rare and highly collectible timepieces – will be sold at a two-day, four-session sale planned for May 30-31 by Fontaine’s Auction Gallery. The centerpiece lot promises to be a rare and fine E. Howard Model #61 floor standing astronomical regulator, the third such clock to be sold by Fontaine’s.

The first one, a magnificent example, soared to $195,500 at a Spring Clock Auction held in June of last year. The second one, offered at Fontaine’s Fall Clock Auction in November, was a superior example that brought $189,750. “The one we’re selling May 30th is the best of the three, without question,” said John Fontaine of Fontaine’s Auction Gallery. “I’m very curious to see what it sells for.”

The weekend will kick off with Session I, on Saturday, May 30, beginning promptly at 11 a.m. Over 275 lots of catalogued clocks will be presented, among them the E. Howard #61, boasting a four-jar mercury pendulum. But other E. Howards will be offered, too. These include an extremely rare Model 70 wall clock with 20-inch dial; a massive Model 87 floor-standing clock with jeweled pallets, four-jar mercury pendulum and time-only brass movement; and #1 and #5 banjo clocks.

Session II, which will begin around 3 p.m. that day, will be an uncataloged Discovery Auction. Over 400 clocks, comprising about 250 lots, will cross the block. “Bidders must be present to preview and bid in this session,” Mr. Fontaine pointed out, “as the clocks are uncataloged and being sold as-is.” He added, “Absentee and phone bids will be accepted in this session if you have previewed the lots.”

Session III – to be held Sunday, May 31, at 11 a.m. -- will feature over 250 lots of fine cataloged wristwatches and pocket watches. Included in the group will be a very rare Rolex Model Ref. 4500 two-tone chronograph; a Rolex Tank wristwatch made for Bucherer; a very nice Waltham five-minute repeater pocket watch; and an interesting Dudley Masonic Masons pocket watch with special movement.

Session IV, to be held that day, starting around 2 p.m., will be another Discovery Auction, this one dedicated to pocket watches and wristwatches, over 400 of them. Many will be sold in multiple item lots and large groups. And like in the clock Discovery Auction, bidders must be present to preview and bid, as the watches are cataloged and will be sold as-is. Absentee and phone bids will also be accepted.

The auction will be held in Fontaine's Auction Gallery's spacious showroom, located at 1485 West Housatonic Street in Pittsfield, Mass. Previews will be held on Friday, May 29, from 10 a.m. to 5 p.m.; and on Saturday and Sunday (May 30-31), from 8-11 a.m. both days. Online bidding will be facilitated exclusively by Artfact.com. For more information, log on to www.FontainesAuction.net.

Fontaine's Auction Gallery's next big sale, after clocks and watches, will be an important Civil War & Firearms Auction, to be held Saturday, Aug. 15, at 11 a.m. The sale will comprise the collection of George J. Bisacca of Eastover (in Lenox), Mass. The collection was assembled from the 1950s until Mr. Bisacca's death in 1983. It has remained untouched ever since and will be auctioned without reserve.

Fontaine's Auction Gallery is always accepting quality consignments for future sales. To consign an item, an estate or a collection, you may call them at (413) 448-8922; or, you can send them an e-mail at info@fontaineauction.com. To learn more about the company, the upcoming clocks and watches sale or the August 15 Civil War & Firearms Auction, you may log on to www.FontainesAuction.net. 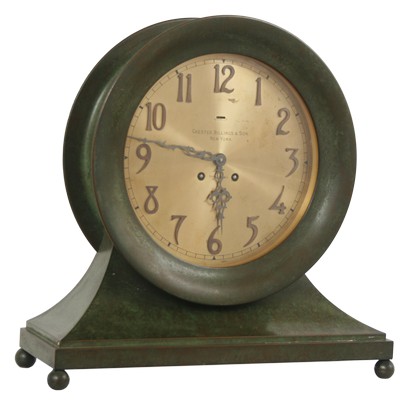 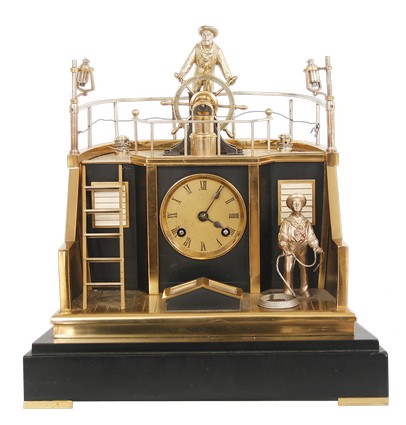 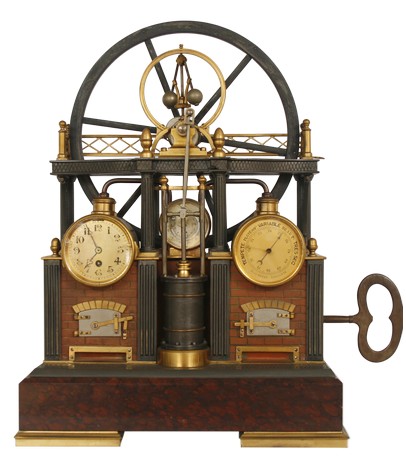