It was at the time of the great discoveries in the fifteenth century, Portugal began to develop a taste for articles of silver. From then until today, the Portuguese silver has witnessed the country's wealth in different periods of its history. If opulence silversmiths made their wonderful pieces, in times of financial crisis, such as in the seventeenth century, there was a depletion in the work of silver.

Among the first pieces performed, stood out platters and pitchers. The motifs and decorations of the pieces were the influence of the amazing journeys undertaken by his popular browsers. It was common to find a work in battle scenes, fighting with savage Indians and even fantastic animals in the midst of a flora.

The rise in the art of silver in Portugal took place in late Manueline in time of great wealth. If in the seventeenth century there was an impoverishment that was reflected in the silver in the eighteenth century the production of these items received strong French influence, work winning artistic refinement, but losing the other hand, the originality of the creation Portuguese. At the end of it and the beginning of the nineteenth century was the English style, especially Adam, who influenced the production of silver in Portugal. The pieces of silver produced in Portugal until 1886, received contrasts affixed by reputable members of the Corporation of Goldsmiths, who were checking the content of silver in the alloy and the silver classified as 11, 10 and 9 funds (minimum amount), which corresponded to 11 / 12, 10/12 and 9 / 12 thin metal alloy or the equivalent of 22, 20 and 18 carats. The date stated above, were founded would contrast related to the Mint. The numbers used by the ancient Corporation of Goldsmith were replaced, maintaining the equivalence, for 0916, 0833 and 0750, specifications that remain valid today. To use them, the marks of the contrasts were required to be registered in the city councils of cities of origin and also include a corporation called the Brotherhood of St Eloi. The markings indicate, in addition to contrast, the location where the piece was made and the author of the work. 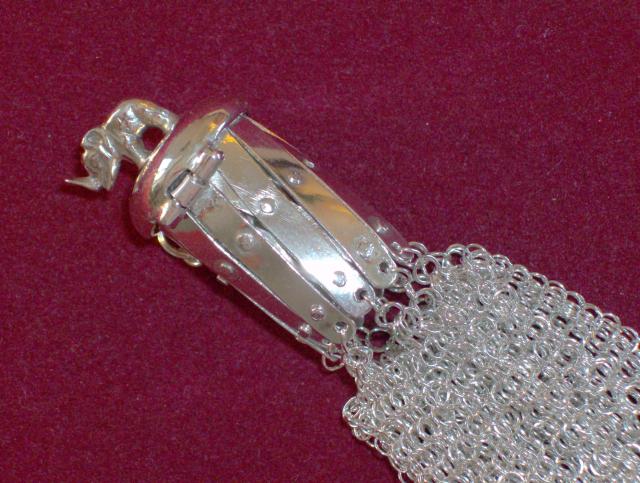 The former contrasts were normally an initial usually crowned, which identified the origin of the piece of silver. Thus, Lisbon was represented by an "L", Porto by a "P", Guimaraes had a "G", "C" is of Coimbra, the "B" Braga, "S" to Setúbal and Santarém and a "E" for Évora. The content of silver are represented by Roman numerals (XI, X and IX funds) or Arabic numerals. The manufacturer usually wore his initials to identify the piece. The biggest problem with respect to the Portuguese silver refers to the difficulty in recognizing accurately the date of manufacture. The archives of the municipal councils, where they exist, are incomplete or difficult to understand. The Board of Lisbon has one book with 129 terms from 1791 to 1833, the Brotherhood of St Eloi of Porto has 322 brands, the Municipal Archive of Braga terms of records 292 records dating from 1725 to 1883 and much is in the House Currency, which received the file from Vicente Manuel de Moura (mid-nineteenth century) with about 1,000 brands of goldsmiths.
www.lisbonlife08.blogspot.com

Very informative! Thanks for sharing.