I was too old for Barbie. By 1960, I was 12 years old and believe it, or not dating boys. Dolls were out of the question but.....I always secretly wanted her...or at least to live the life she seemed to be living. I married at 16 (1964) and thought I was living Barbie's life, but still had never held one in my hands. I saw the ads in magazines and saw the dolls in the stores. 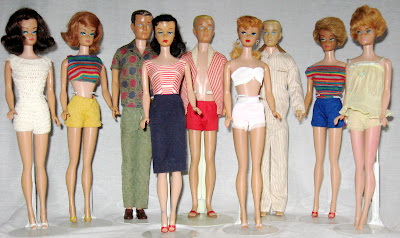 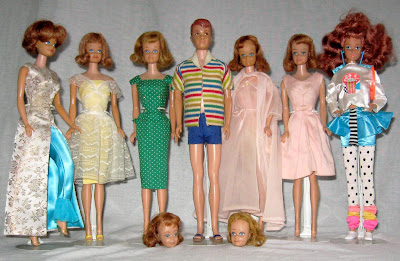 That era (1960-Beatles) is my favorite era. Perhaps, because it helps me relive my innocence. my innocence. I divorced in 1971 and remarried in 1972 (to present Darlin' hubby) and we raised a son. No room for Barbie there...although I became extremely familiar with GI Joe and Star Wars.....it wasn't until June of 2002 when we stumbled on a lot of Barbie stuff that I got interested again....now got hooked.......but the early dolls and clothing is what I really loved. 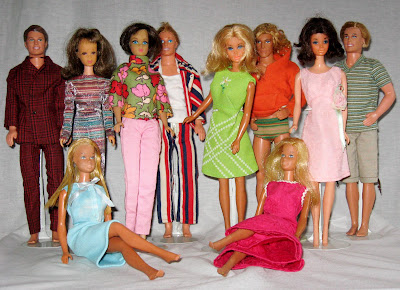 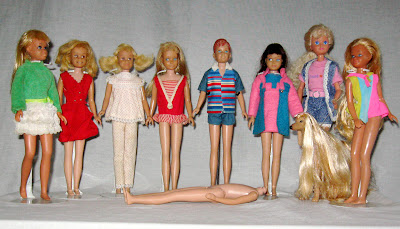 ...... I think because it reminded me of a time when everything was possible and elegant and just plain lovely, and we lived in a pre-Kennedy assassination era. Namely "Camelot". But as with all things the time has come to part with my collection. I find that maintenance and adding to the collection is too time consuming and not as much fun as it was in the beginning of my Barbie Days (at the ripe old age of 54). So I'm offering my collection as a lot this week. And you just have to see it to believe it. This great lot of 43 Dolls and more than 400 pieces of clothing and accessories can be found at cemetarian on eBay. 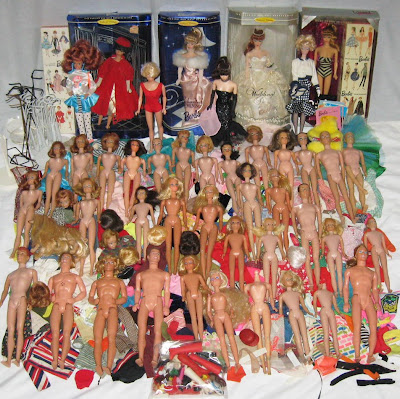 what a collection! Looks like instant joy for some happy buyer.