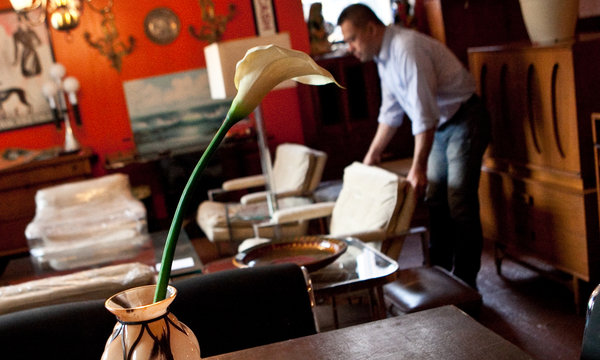 IT may not be Bergdorf’s, as its owner likes to joke. But the competitive shopping at casaBAN — an antiques store far from Fifth Avenue, in Bedford-Stuyvesant, Brooklyn — is just as fierce. 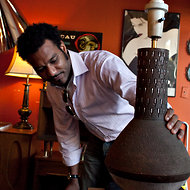 I walk by the shop occasionally, and its window display has come to seem like a cruel magic trick. One day, an Indonesian stool stood front and center, begging for a privileged spot in my apartment; the next day, when I returned for a second look, it was gone. I was also obsessed with an edgy rocking chair: printed velvety cushions on a low-slung white frame with clean Danish lines. I had steeled myself to resist, but last week it was still reclining in the window, almost mockingly.