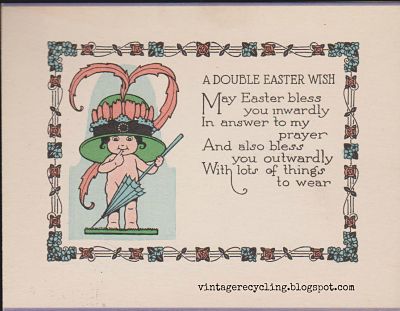 According to E.D. Chase, the A.M. Davis company was founded in Boston,
the story goes as follows:
"Albert M. Davis, who was manager of a wholesale book house which
also distributed huge quantities of Greeting Cards imported
from England and Germany.  in 1906 he received a
card on which was printed (a) sentiment of Charles Dickens.
Considering it the kind of greeting the American public needed
and wanted, he searched until he found another similarly appropriate,
then wrote six more himself.  He published the eight on deluxe post cards
from the best grade of stock, and priced them to retail at five cents.
How Correctly he judged the American need!..."