Is an Auction Result Determinant of an Items Value?

If at first you don’t succeed, try try again. This Grif Teller painting failed to bring even the minimum bid of $15,000 a few months ago at William Bunch Auctions. June 22nd it brought $61,000. This may put questions into the minds of consignors. Is the hammer price an actual estimate of an items value? Should consignors put… Continue

The “best-of-the-best” can mean different things from different perspectives. Designers, antiquarians, appraisers and artists all look at objects and draw varying conclusions. A program called Designers Choice™ in play at
Antiques & Gardening at Bryn Du, May
14-16, 2010 at the Bryn Du mansion in Granville,
Ohio provides show goers an opportunity to
see, and perhaps purchase, items designated “best” by a team of…

Four Hours in Round Top

Round Top, Texas, population 77, is about four hours from Dallas,…

Building upon the renewed and successful 60th Anniversary All Saints' Antiques Show, the long-running event returns to the Rehoboth Beach Convention Center for its 61st edition July 29-August 1, 2010. The show benefits the Outreach Ministeries of All Saints' Episcopal Church and St.…
Continue

Into the Dallas Museum of Art

One of the things I’ve been looking forward to in the Dallas Fort Worth area is visiting the museums. The first of these was the Dallas Museum of Art.Perhaps coming from New York led to the perception that there wouldn’t be two hours worth of art inside. It soon became clear that conception was a misperception. In fact, I only toured a small portion of the museum on this initial visit. The first stop was the American Galleries on the fourth floor.… Continue

The shop’s proprietor heard a “wow” after my gaze at this when I entered her store. “If that wow was for the Biedermeier secretaire, let me show you the inside,” I heard, still
looking at the cabinet.…

In a few short months a country estate where presidents Warren G.
Harding and Calvin Coolidge once dined and Paderewski and Rachmaninoff
both performed will host Central Ohio’s foremost antique and Gardening
show. Antiques & Gardening at Bryn Du will be held May 14-16, 2010
at Bryn Du Mansion in Granville. http://www.brynduantiques.com

A Visit to the Trinity Antique District

Comparing what’s available in the Dallas area to finds in the Northeast
and Mid-Atlantic regions, generally the merchandise weighs heavily on
English and secondarily French imports. Most of what’s on display in
Dallas seems to have arrived on containers from Europe. One shop, Lots
of Furniture, offers a large selection of brown, carved furniture,
mostly oak circa 1890-1910. While I did yearn to find more things
American, the fact… Continue

“We are confident our brand of show is a great fit for the Charlottesville market,” says partner Jay Melrose. “We’ve already experience a lot of warm support and encouragement from the… Continue

Results from a recent survey undertaken by antique show managers Melrose & Duddy reveals that buyers of antiques and fine art shop often, consider themselves well-versed in what they are buying and seek across a spectrum of delivery channels.

Almost sixty percent of 100 respondents consider themselves informed buyers and more than 43 percent shop for art and antiques on a weekly basis. Another 19 percent go shopping once a… Continue A trip along Route 80, down I-99 and back brought us to a number of antique malls and shops and enough merchandise to make your head spin. The first stop was Lewisburg, Pa.
Roller Mills, 100 N. Water Street, Lewisburg, Pa—Contains merchandise from some 400 dealers including furniture, glassware and more. There’s a lot of stuff in here and probably only a small portion meets the hundred years of age required to be an antique. Still, most anywhere… Continue

A Short Art and Antiques Survey

To quote the Simon and Garfunkel song Mrs. Robinson, we’d like to know a little bit about you for our files. If you’re interested, we’d also like to be able to send you promotional offers from some of our advertising partners (only within the antiques and art industries). Please take a moment to complete our survey and include your email and/or mailing address if you wish. 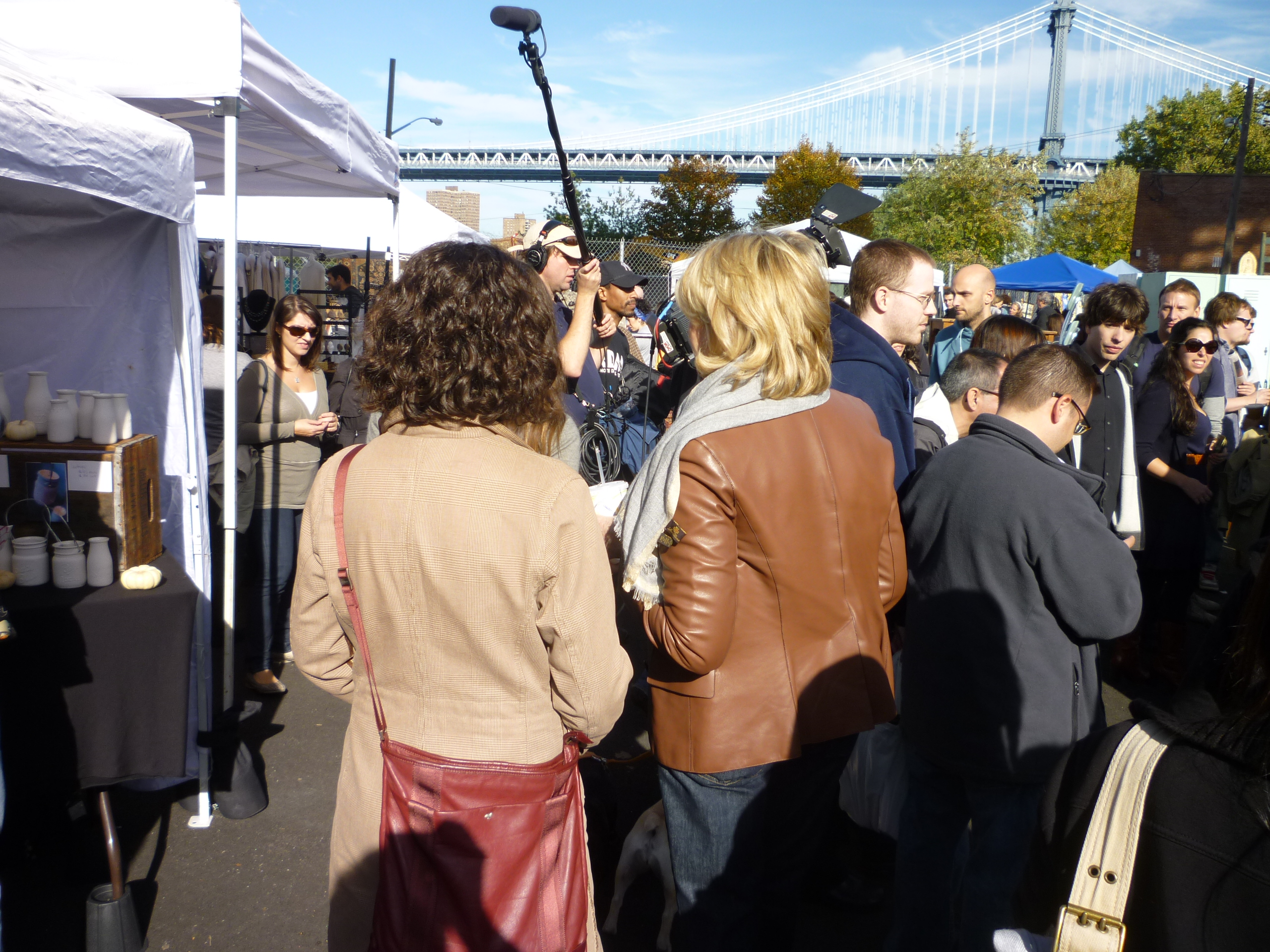 “She’s over there, trying Pizzas,” my friend the clock dealer David Sokosh said when I arrived at the Brooklyn Flea in its Water Street location this afternoon. Martha Stewart was supposed to visit the Fort Greene location yesterday, but the rain kept her away. READ MORE:… Continue