Ice cream molds are neat little collectibles that were used to create desserts of molded ice cream made into different designs. There were hundreds of designs featuring animals, shapes, bells or even famous people or commemorating holidays. The most common molds are the single serving size but there were also banquet-sized molds for large desserts to be the centerpiece of the table.
Below are a few of my ice cream molds I…

The Hoosier Manufacturing Company had Emmett G. McQuinn (son of J.M. McQuinn)  in charge of the advertising and marketing. What a fine job he did! You can see The Hoosier all over the place - Ladies Home Journal, House Beautiful and in images in cook books and kitchen designs. It's like "The Hoosier goes viral" in 1900's!…

Part 3 - The Look and Design of The American Hoosier Cabinet 1905 Hoosier Ad (above from http://tennessee.inetgiant.com/nashville/addetails/hoosier-cabinet-s-springfield/13379535)- shows accessories and how the Hoosier was used… The who's and how's of the Hoosier Cabinet's start are a bit conflicting.

A merry Christmas and a prosperous 2012 to all collectors and sellers. May you find the piece worth a million!!

A story about Christmas Tree Lights Holiday and Christmas greetings from Amanda and David

Amanda and David, wish all their friends and clients, ,happy holidays,  and a healthy and prosperous New Year. We will be back for our free market valuation on Thursday 12th January 3pm to 7pm. Our first auction for 2012 will be on Monday February 6th at 6.30 pm. All our auctions for 2012 will be held on the first Monday night of each month. We have changed the viewing times for next year, always for the days before the auction. On the Saturday before the auction viewing times will be 11am…

Georgia Treasures Check them out

i have been a collector for many years. i live in the  beauful state of Georgia. you can see just a few of my items listed by visting my store at

In Which We Evaluate a Valuation Service

First, to be clear: We have no affiliation with Value My Stuff. But after searching on the web for experts who can both identify your antiques or vintage collectibles and put a price tag on them, we decided to give the Value My Stuff company a try.

We had several boxes of crystal in our storage locker that were passed down in the family, and we didn't know where to begin. It looked old. But who knew if it didn't…

Antiques and Collectibles in Boston

Boston is a great American city, rich with colonial history and a treasure trove for any collector.  My mother, grandmother and I travel around to auctions and antique shows all over the country and we find so many great things in the Northeast that we actually have to keep a Boston storage unit for the seasons that we work the New England region.  Though there are great collectibles that find their way out of attics and…

Bought my mom a porcelain ladys head, and a porcelain rolling pin with painted pink, (old), handles. Bought myself a Tonka Road Grader, (toy) from the 50's, (my birthday present to ME), Still messing with my vintage industrial stuff.

Collecting Hallmark Ornaments ~ Are You Hooked? 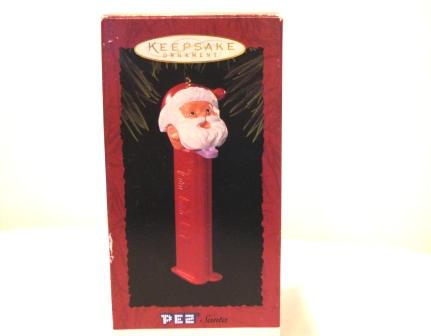 I remember friends and family planning their ‘day after Christmas’ strategy to get to the Hallmark Store first to snatch up bargain Hallmark Keepsake Ornaments on sale. Others ‘gift’ a Hallmark Keepsake ornament to their children or grandchildren each year as a tradition.  And many are part of clubs who collect and thrive on finding certain ornaments to complete their…

I've been selling on eBay for about 8 years and just went thru my worst experience on the site.  I sold a vintage Waltham watch to this buyer Powercreditbay on November 13, 2011; this buyer is a resident of China and told me to ship the watch to another person in Brooklyn, New York.  I don't ship overseas and have overseas buyers' blocked, my auctions are available for USA shipping only.  I was paid thru PayPal on Sunday, November 14th and planned to ship the watch on Monday morning.  On… I've always wanted a Hoosier Cabinet (after I found out what it was). Besides being a…

Charles Heman Leonard - The Man Behind the Refrigerator a long drive, a long day

I drove for 2 hours to go pick up some auction items including a mahogany curio cabinet and some signed prints/original paintings.  I think I spent as much in gas as I did on the cabinet but I really wanted it to use as a display cabinet for glassware.  So I was a little annoyed when I discovered my cabinet had been picked up by someone who had won a smaller, cheaper, junkier cabinet.   The auction people were very nice and immediately refunded my money with apologies.  I drove back home…