Did it :-) Here is the image that is supposed to be with my blog 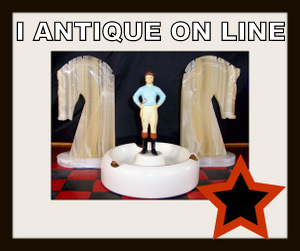 Thank you Carolyn , I now know to use Google Chrome when adding photos to blogs etc on ning sites

King of the Ning Social site or Granddaddy of Them All

Years ago while out antiquing for treasures, I
happened up a huge cup.
It was an antique transferware mush cup. The image was
an man's face smiling insanely, with the words around the rim of the cup, " I
like it, I like a lot "
I can remember thinking to myself, yep, that's me, I
like it, in fact I do like a…
Continue

Sadigh Gallery Ancient Art, Inc. is a family running art gallery in New York City, dealing in various ancient artifacts of shapes and sizes.  For over 30 years, we have been mainly dealing with customers across the nation and overseas through our printed catalogs as any mail-order companies would do.  Certainly this is not very usual for an art gallery, especially for a gallery which expertise is in the field of ancient artifacts.  Our unique way of doing business has been featured in some…

A toilet claimed to be from the former home of the Catcher in the Rye author was listed on eBay for $1 million in 2010. The listing stated that the toilet was “uncleaned and in its original condition”.

The toilet was accompanied by a letter from the current owner of the house,…


If the two sides embroiled in a heated labor dispute can't reach an agreement in the next week, online sellers doing business in Canada are going to have to reassess their shipping options.

At the moment, the Canadian Union of Postal Workers (CUPW) is threatening a strike beginning midnight on May 24 amid a stalemate in its talks…

Amsterdam is the city of antiques, books, diamonds, and curiosities. In general, shop-opening hours are 1-6pm on Mondays and 9/10am-6pm Tuesday to Friday. Most have late night shopping on Thursday until 9pm, and close earlier on Saturdays, at 5pm. Some supermarkets, like Albert Heijn stay…

"I was a bit of a tomboy when I was a lass...dreaming of the Jolly Roger, and pirates plundering the Caribbean! I used to sneak out of bed late at night, way past my bed time, to watch the late show on T.V., especially to see Errol Flynn, or Tyrone Power, in their swashbuckling Hollywood roles! Movies like "Captain Blood", "The Sea Hawk", and "The Black Swan", were my favorites! It wasn't easy to tip toe past my parents room, as my mother was… Continue


The VintageCrowsNest tries to bring you the unique and unexpected, in a wide variety of nautical vintage items!
During the 1950's Naval ships had emergency rations on board, and canned emergency drinking water was also included. This canned water was also used in the many bomb shelters that dotted the landscape in the U.S.A. during those 'cold war' days!
A great novelty for the 1950's, or naval collector!… 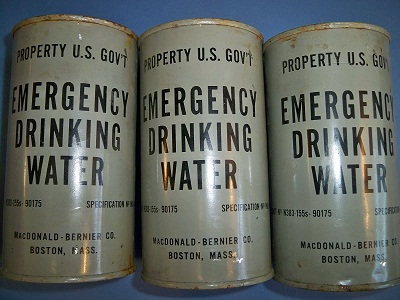 Old Fashioned Charm Of The Tea Party Can Be Found On Your Table! 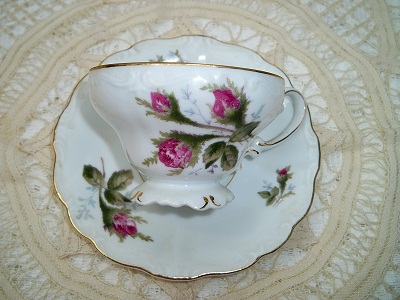 Old Fashioned Charm appreciates tea parties...whether they be formal, or informal...a group tea party, or a tea party of one!
In today's bustling world, we often do not take the time for ourselves, or our 'sisters', whether they be friend, or family! It seems we are all going at such a fast pace, and we need to… Continue

Did not get the jewelry, went too high, someone knew something I didn't know!  It was beautiful but just not what I look for.  Lots of  broaches and only one item with nice beads.

So I have the Sunday morning blues( lol )of what I could have had, if I had not procrastinated.

So I have a whole week to work my self up for another weekend auction.

Getting ready to go to
a great Antique…

So far so good!

Hello! I finally got the shelf moved into the booth, thanks to my husband. And a neighbor of mine had a display case that he is "storing" in my booth! " I just love free, don't you?". I've researched as many items as I can, and have priced accordingly. Not the highest price, not the cheapest price but in the middle. I have taken some photos and am hoping to get feedback, both positive and negative, so as to learn and grow. Business is very slow, but we are having a difficult time here in…

Selling Ebay and Other Internet Sights

I have beenlling on ebay since 1998. I began by listing my Mom's items when she finally had to close her shop due to ill health. Mom just could not walk and lift boxes anymore.. Her pickers kept in touch and and would come to her home and Mom continued to buy ..

Ebay was way for Mom to stay in the b seusiness. We used to love buying and selling on ebay.. I woud call Mom and let her know how much her items sold for, most times selling for up to ten times the asking price!…

A week of antiques shows 'in the town of Brimfield' kick off Tuesday!
Posted by Antique Trader Staff

Ground zero for the antiques trade starts Tuesday in the tiny town of Brimfield, Mass. It truly is the most impressive of all outdoor U.S. shows. The quality, variety, quantity and characters…

JERUSALEM — As millions of Israelis paused in reflection on Monday at the sound of the siren marking Holocaust Remembrance Day, the Internet here was buzzing. The first… Continue