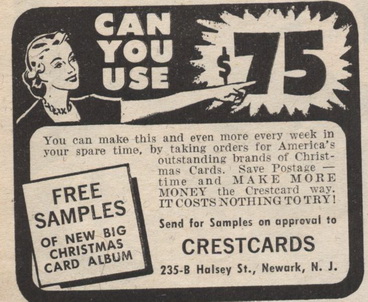 These ads, I collected from 1950s magazines...mostly from woman's magazines showing handicrafts to sell at bazaars and such. They show a sample of some of the many companies offering greeting cards to sell from home at the…
Continue

We can agree that promising a three-year old a new car when he graduates from college is probably an ineffective way to get him to stop sucking his thumb.

As we mature, it gets easier to trade satisfaction now for a prize later. However, the more risk involved in getting the prize, the less we value it. Frequent flyer miles, for…