A very unusual piece ! Hoping for some help identifying and dating

Found this in an attic . Have no clue what it is and was hoping for your help identifying and dating.  Thank you.  John 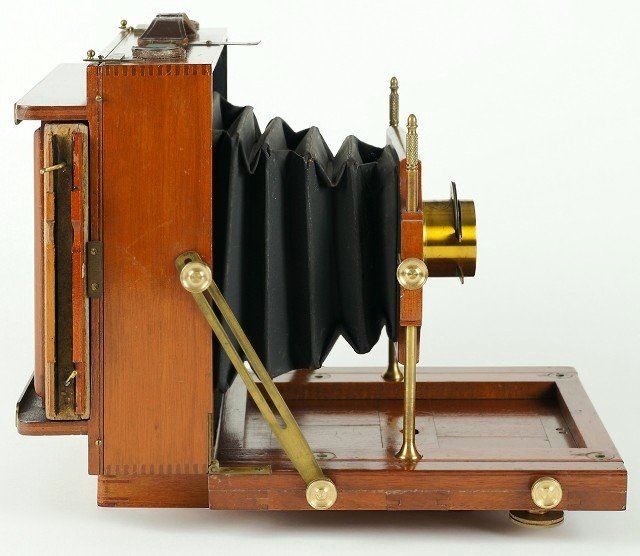 Is this sort of what you are referring to, Tom?

Permalink Reply by tomsantiquesetcetera on February 12, 2020 at 10:15am

Nice ZOOM pic...I can read "adams". Wonder if Adams was the inventor?

Nice find, but there are other, much larger cameras that slide on wheels that are on metal tracks like the OP. The one I saw was on a 4-pod with mounted track.  Camera was a separate unit that connected to the track.  And cameras came in different sizes for different applications.

I notice on the bottom of the camera pic is a brass glide that could possibly fit inside a groove on the track, or not?

Permalink Reply by tomsantiquesetcetera on February 12, 2020 at 10:58am

OGG (oh golly gosh), was doing some research on the name Adams and found a note about the "lost glass plates" of ANSEL ADAMS...a Very famous early day photographer who used a Daguerreotype camera. Wonder if he lost part of his camera, or maybe it was stolen? Wonder if there's a reward?  Wouldn't that be something to discover something like that.

And by back-tracking the provenance it might lead to the lost glass plates.

I see marked on it DUBUQU.   I THINK 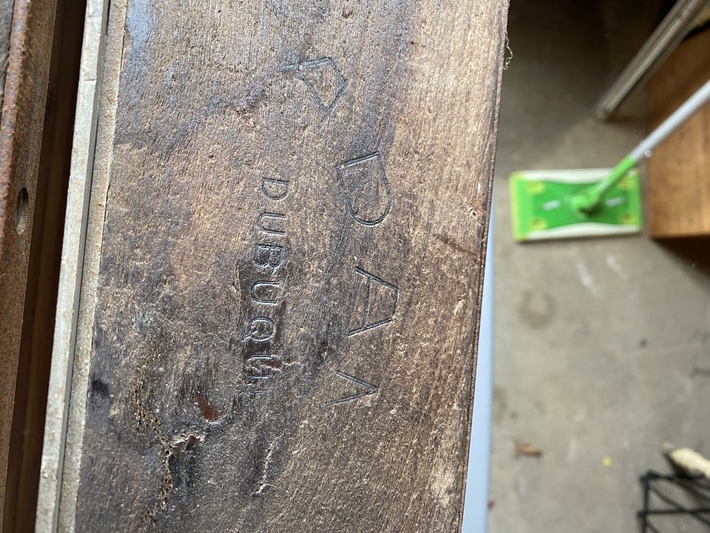 1904 - Humble Origins, with a Commitment to Customer Service

The Spahn & Rose Lumber Co. received its charter from the State of Iowa on January 24, 1904. J.C. Collier, C.J. Spahn and G.D. Rose incorporated the company during a meeting six days later. They immediately elected J.T. Adams and J.T. Carr to the Board of Directors. Spahn was 32 years old at the time; Rose was 25.

In 1889, Scovill Mfg. Co. was re-organized as The Scovill & Adams Co.  At this time, all cameras, whether from the American Optical factory or the Peck factory, were marked: The Scovill & Adams Co., New York.  Regardless of marking, the disparity of finish between the factories continued, and it is usually obvious when a camera is from the American Optical factory or from the Peck factory.

So do you feel this is part of camera possibly early 1900s made by a company whom Adams was a partner?  Thanks for all your help .

I think that is the most likely answer.

Either that, or the Adams of woodworking fame?

Or, this Adams company making steel/hardware/tools

I wish I could locate the LOGO with how the word Adams is printed.   I am sure that would narrow it down.

Permalink Reply by tomsantiquesetcetera on February 14, 2020 at 2:24pm

John, the word "ADAMS" is stamped on the hinge that Molly posted last Tuesday.  That is the correct spelling.

On the new picture you posted the top word is missing the whole "M" and complete "S".  The word A D A M S is curved and centered on the second A.  Additionally, the city of Dubuque is missing the last letter "-e". It appears to have been done when manufactured.

All 50 states maintain company, corporate, LLCs, Partnership and Individual Proprietorship information, FREE OF CHARGE, at the Secretary of State's office in the capitol of said state.

Also, foreign corporations. Foreign means foreign to the state. A NJ corp doing business in NY is a foreign corp.

A lot of this info is found on line.

This is a mold form for sand casting. It was suggested to be because of the “camera” in the listing. Perhaps if you change it to “mold form” or “sand casting” you may get more interest. Cool item though.

It’s how cast iron pans and engine blocks are made. https://youtu.be/-8KVdZIoNRQ

If you look at the top piece, I believe I actually see the word ADAMS!!

Plus, those hinges are identical!  Excellent.