Can anyone help me place a value on this 1 Reply

Caricatures of the 1973 New York Mets and Yankees

How good are you at predicting the outcome of a superbowl?

Seeing the two teams in the Superbowl, who's rookie card will go up in value?

Who had the best rookie season in the NFL this year? Do you have their rookie card?

Who are your Superbowl picks? 1 Reply

Why Do You Collect Sports Memorabilia?

You need to be a member of Sports Collectibles and Memorabilia to add comments!

Ticket collecting has become even more interesting. With the accesability of information on the internet, collectors can actually research who played and what happened at the event depicted on their ticket. 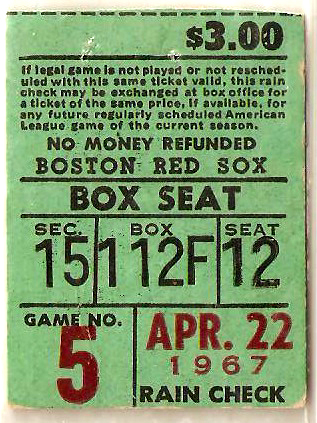 Vintage tickets (like above) are coveted with the accompanying data: The 1967 game pitted the boston Red Sox against the New York Yankees. It was a great game for the season's triple crown winner Carl Yastrzemski. Mickey Mantle played for NY.

While newer tickets feature holograms and watermarks, older tickets need closer examination. With some rarer specimens reaching $500-$1000, fakes are sure to follow.

The best part for many collectors are the memories they can embrace with these keepsakes - now more vivid and interesting.

Hi Vicki !  I'll be glad to help if I can.  Hopefully, we can accomplish a few things:

1. separate genuine items from fakes or counterfiet ones.

3. what to look for in finding sports memorabilia.

Hey Chuck! Happy to see we have a moderator for this group now! Great to know when I run across sports collectibles in the estate sale business - I'm pretty awful at them! :)

Its winter in North America. Ice Hockey is at center stage. This was a 1929 Churchman's cigarette card produced in England. The original photo is seen below it. Does anyone else have the original photo or art work used for a trading card ? 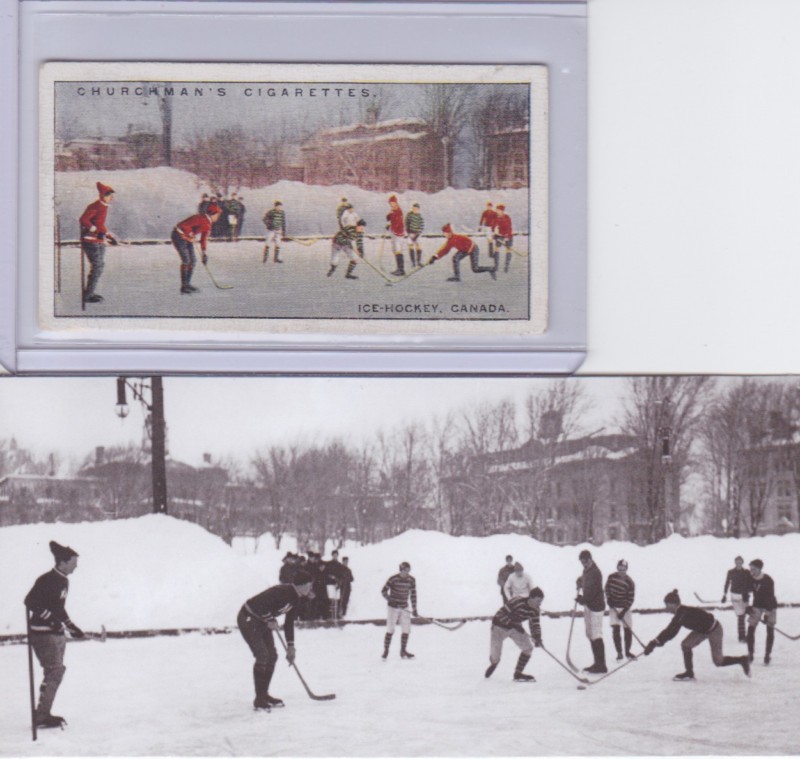 A rare, out of print issue - Pittsburgh Sports Hall of Fame - published in 1969. Interestingly, only a short time later the "Steel City" would be champions in both baseball (1972) and football (1974-76). Since this was printed by the locally owned printing company (and the illustrator of the book) Marty Wolfson, its run was limited. 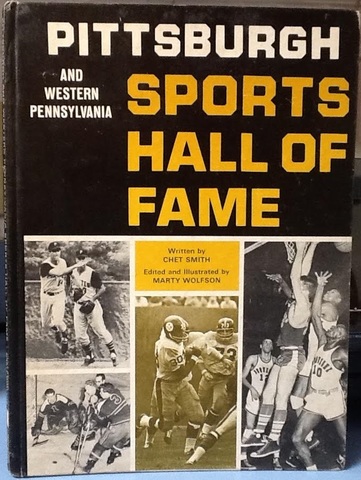 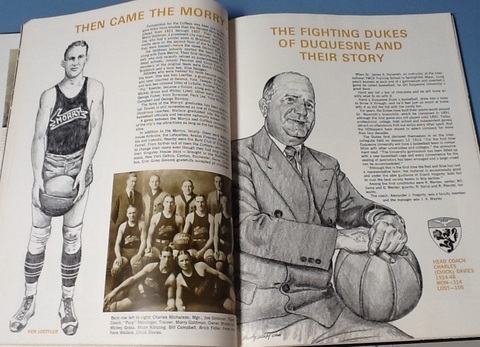 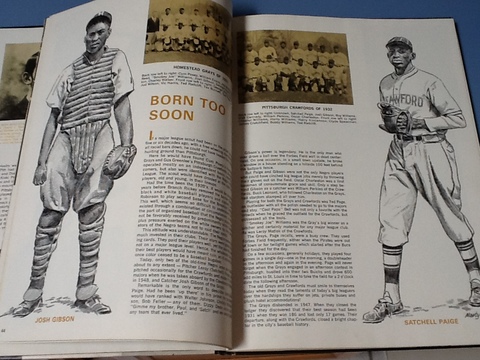 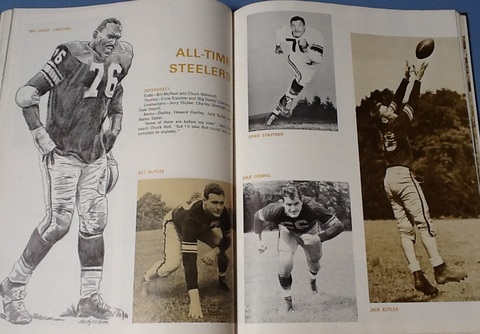 Im sorry I did not catch your offer to moderate this group earlier.

You are up at bat, go for it! I will need you to join the group moderators group and to also send me a description "About the moderator to post in this group" Send to Dianne@cdiannezweig.com

Hope you can turn this sleepy group around cause sports memorabila and collectibles are HOT....and we need to get this group busy!

Found this gem of a hockey pennant at my flea market. Features 23 signatures of Boston Bruins who played from the 1930's to the 1990's. Includes 10 Hall of Famers including Bobby Orr, Phil Esposito and Milt Schmidt.

Diane - I am open to moderating this group. For sale is a postcard depicting a view of a baseball game in progress at the "old" Comiskey Park, home of the Chicago White Sox Baseball Team. 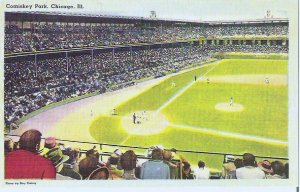 Comment by Sondra Craft on March 28, 2011 at 12:37pm
I will have a photo of it soon, but don't have one right now. I would like to know what a T-shirt would be worth with an autograph on the back of it that reads Kareem A-J #13. I know the signature is authentic, as I was wearing the T-shirt at the time that it was signed! I have been trying to find information out about it, but all the signatures I come across either just say Abdul Jabbar or Kareem Abdul Jabbar. I have not been able to find anything that is signed the way my T-shirt is. The T-shirt was signed in the mid-90's.

Can you help with the value of this? A trip down memory lane of Ball Parks and legend trivia from 1947. 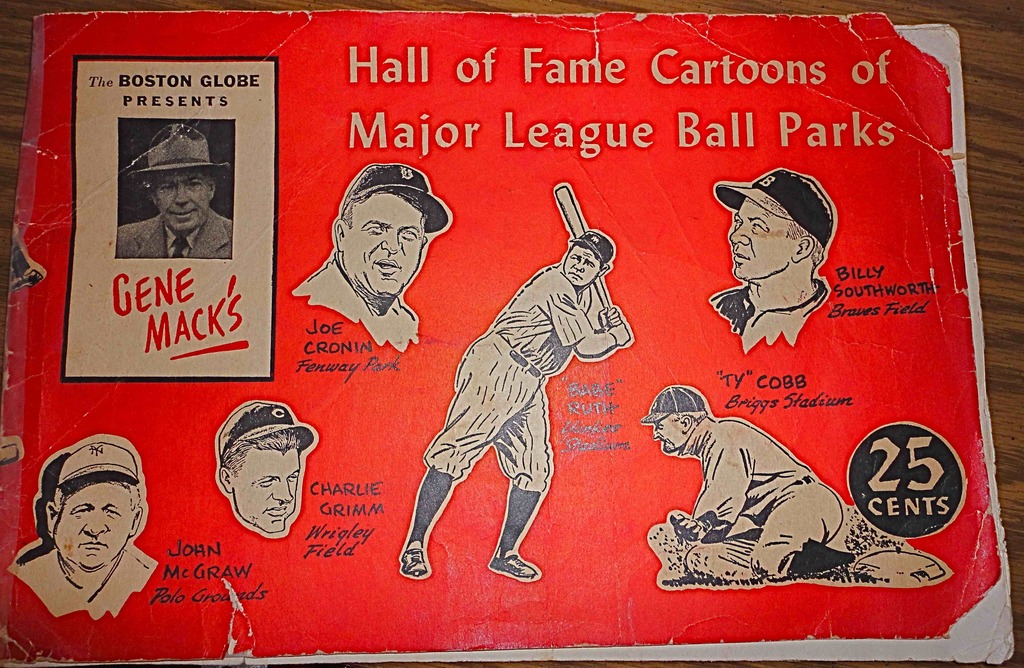 s inside are fine. Over fourteen pages of MLB ball park sketches. Above is front cover. Below is back cover. One of 14 inside pages. I can post all if needed. 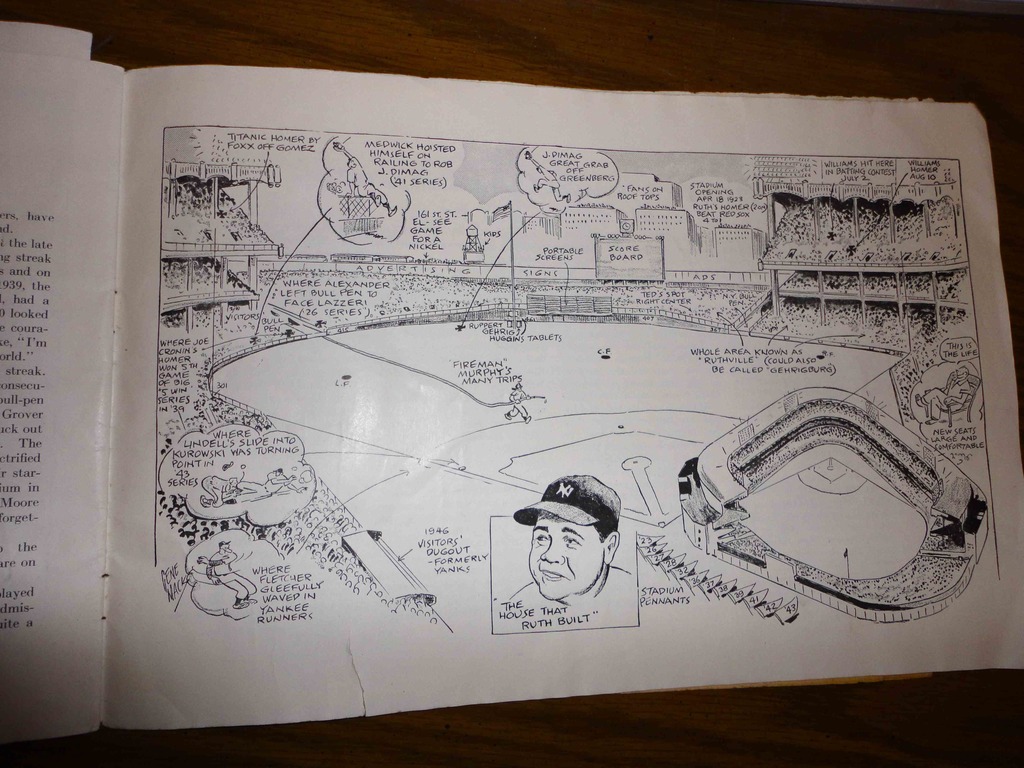