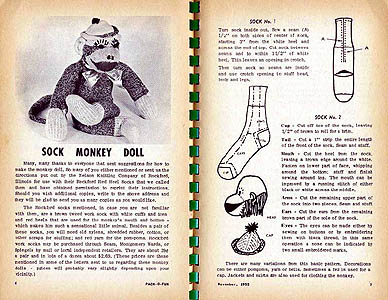 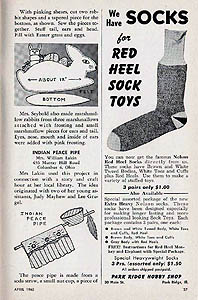 This article is from www.interesting ideas.com
"Yes, I have sock monkeys, 50 or so. Not as many as my friend Lynne, but enough to impress visitors. And I wear monkey socks.

Classically, they are cheap, limp and prone to holes. Newer Rockford Red Heel socks seem a little stretchier, but they still wear out quickly. And they've gotten sort of expensive, outside the Farm & Fleet anyway, since they've become nostalgia items. You can sometimes get cheap offshore knockoffs, which wear longer and hold their shape much better than the real ones.

Anyway, sock monkeys are one of those folkish arts & crafts (like bottle-cap figures) in which regular Jills and Joes exercise their creativity using materials and instructions from commercial sources -- in this case the fabric that comes in the monkey sock package and instructions either in the package or in crafts magazines such as the inimitable Pack-O-Fun.

That might make sock monkeys a tad industrial, but the appeal of folkish arts often has more to do with age and patina than purity of origin. If the craft is old enough, it gets treated as folk art despite sources less than back-woodsy. Even objects as solidly folk as antique quilts aren't simply expressions of age-old traditions. They at least partially reflect commercially inspired fashions spread in the 19th Century by magazine instructions and packaged kits. " Read more at http://www.interestingideas.com/out/sock.htm 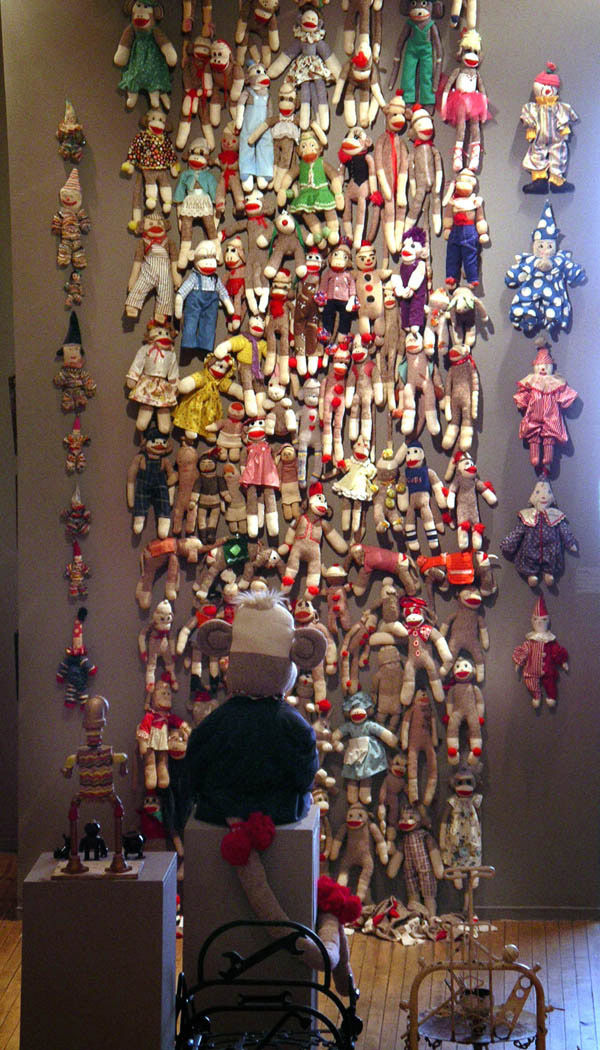