Outsider Art and the Problem of Aesthetic Value

NOTED WRITER, CRITIC TERRY CASTLE TO GIVE INSIDE LOOK ON OUTSIDER ART
MANHATTAN
-- Art produced by individuals not considered part of the mainstream
world is the focus of this year's Phi Beta Kappa Visiting Scholar
Program Lecture by noted writer and critic Terry Castle at Kansas State
University. 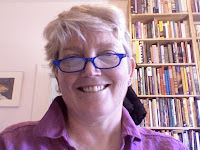 Castle will present "'Outsider Art' and
the Problem of Aesthetic Value" at 3:30 p.m. Friday, March 4, in the
Little Theater at the K-State Student Union. The lecture is free and
open to the public.
In her lecture Castle will address
the global phenomenon of outsider art and the challenge it poses to
traditional aesthetics. Outsider art is usually defined as artwork
produced by individuals in some way exiled from the so-called normal or
mainstream world.

Castle has been hailed by author
Susan Sontag as "the most expressive, most enlightening literary critic
at large today." She has taught at Stanford University since 1983,
where she serves as director of undergraduate studies in English, and
she was named the Walter A. Haas professor of humanities in 1997. Her
scholarly interests include 18th-century British fiction, the gothic
novel, Jane Austen, World War I, English art and culture of the 1920s
and 1930s, modernism, autobiography and biography, and gay and lesbian
writing.
She is the author of eight books and a widely
celebrated collection of autobiographical essays. Several of her essays
have won prizes, including the William Riley Parker Prize of the Modern
Language Association of American for her essay "The Carnivalization of
18th-Century English Narrative." In 1995 her book "The Female Thermometer"was
a runner-up for the PEN/Spielvogel-Diamonstein Award for the Art of the
Essay. She was elected to the PEN American Center in 2009.
Castle
has received fellowships from the Guggenheim Foundation, National
Endowment for the Humanities, Pew Foundation, William Andrews Clark
Memorial Library and Harvard Society of Fellows. She writes regularly
for the London Review of Books, the Atlantic, Slate, the New Republic
and many other publications and blogs. She also is a visual artist and
has done cover art for several publishers. She has an art blog called
Fevered Brain Productions and a personal website devoted to both her
writing and her visual work.
K-State's chapter of Phi
Beta Kappa invited Castle as part of a national Visiting Scholar
Program sponsored by the honorary's Washington, D.C., office. Founded
in 1776, Phi Beta Kappa is the oldest, most selective and most
prestigious honorary academic society in America. Lecture sponsors also
include the university honors program, the department of English and
the women's studies program.
http://terry-castle-blog.blogspot.com/