What does the flow in flow blue look like?

An earlier post gave a brief description of the "flow" in flow blue.  It began as a mistake, a transferware pattern than ran due to either too much of a chemical added to the firing process, or from adding a new chemical to the firing process.  Either way, fumes were produced that floated around the kiln and caused the "ink" or the "dye" in the blue to smudge and run.  As the dye changed throughout the years, as techniques were tested and perfected, the color of the blue changed, the clarity of the pattern, even flown, became more distinct, but the bottom line is the flow remained.  Below are some pictures showing the abundance and types of "flow" in a few pieces of flow blue.
1. Close-up of a signature.  The pattern name is Flora.  Note the smudgy halo effect around the cartouche scrolls and the name itself. This piece is from ~1850. 2.  Back of a bowl by J. Kent.  Note the curtains of blue flowing down the outside of the bowl.  Maybe a case of overkill, but definitely shows off the flow.  The front of the bowl is below. This piece is 1890s.  The pattern is very clear, but the blue also flows. 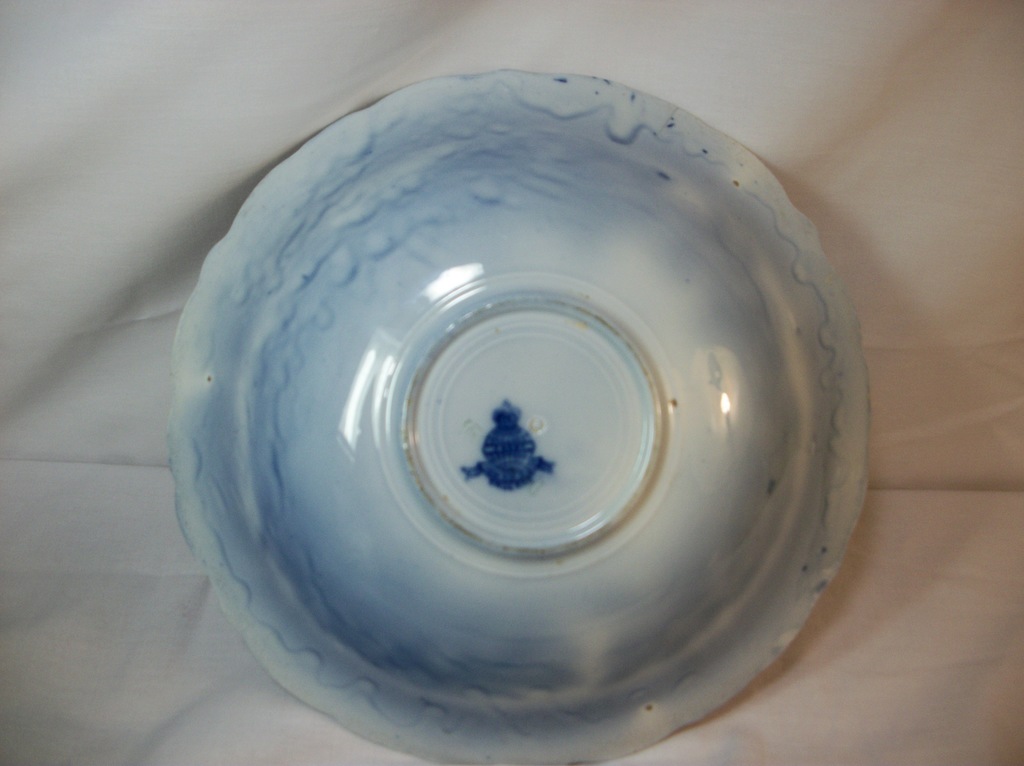 3.  This piece is a polychrome flow blue teacup and saucer.  Also ~1850.  The blue has been used in both detail and accent features of the transferware pattern.  Note the nice flow on the back of the piece and the heavy blue on the front of the saucer. 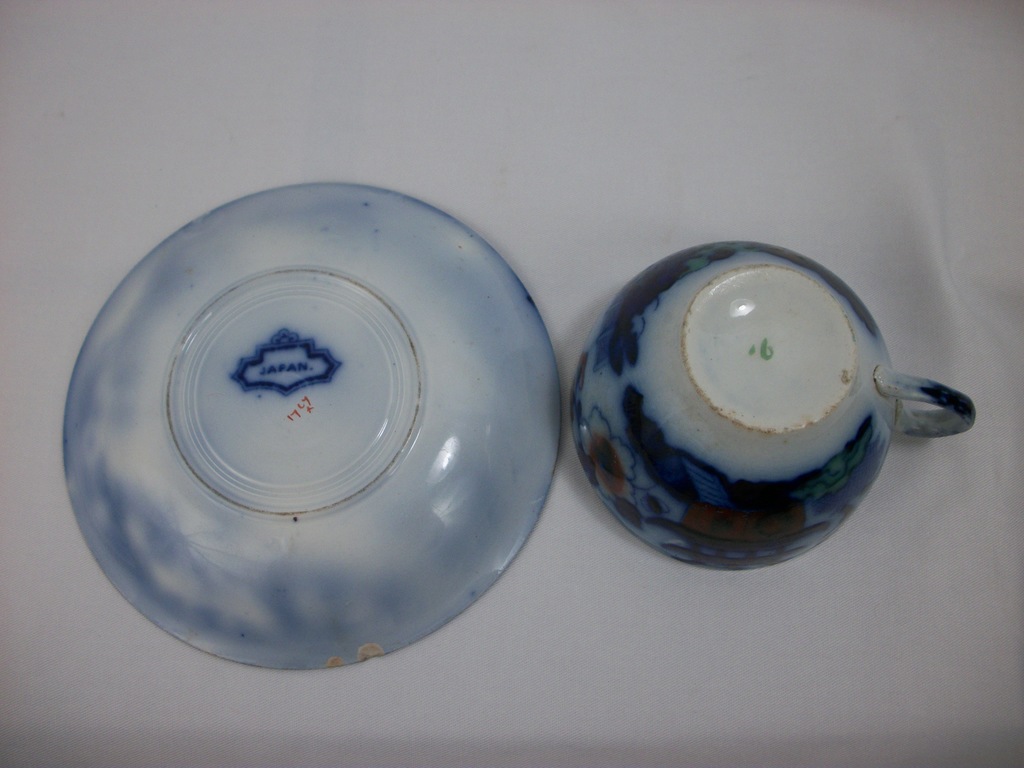 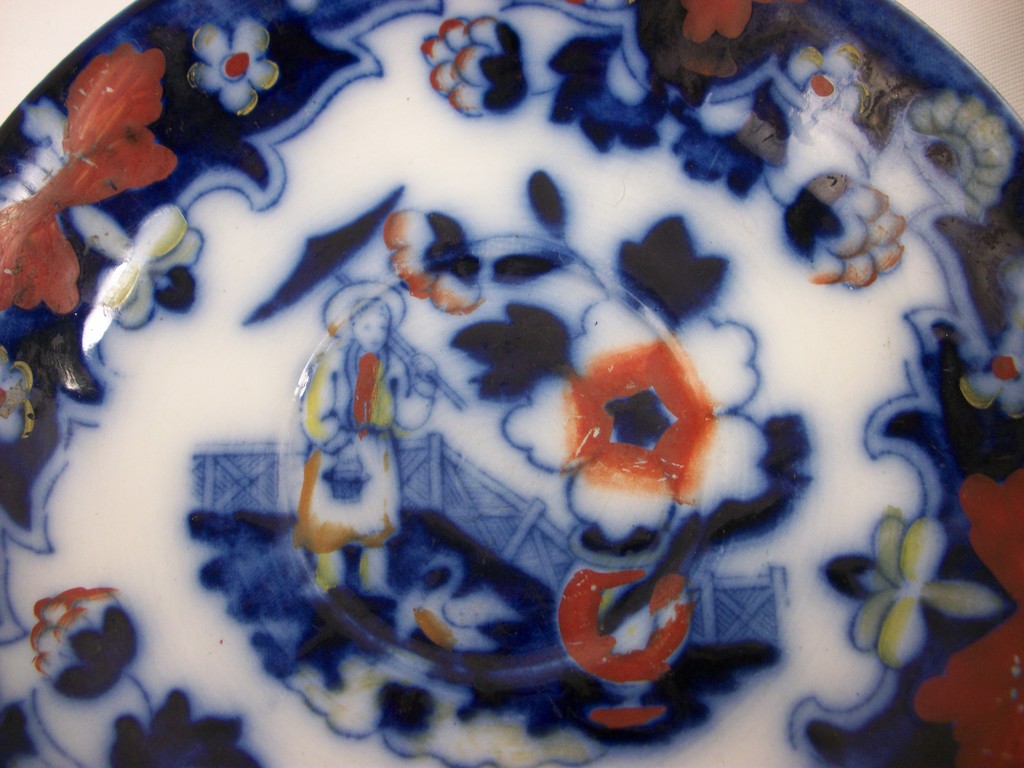 Permalink Reply by vicki hufstetler on November 6, 2010 at 11:17am
Nice pieces! The last one pictured is called either "Gaudy Dutch" or Gaudy Welsh" by collectors. Both sell for nice prices, if you can find them. I used to come accross them often, but lately have been hard pressed to find any now. Also, the main "ingredient" that made the stunning, deep blue is "Cobalt" which is actually a mineral. They have now banned it's use for dishes, because it's believed to be harmful to the workers when fired.

Permalink Reply by Susanna Pickle on November 6, 2010 at 1:41pm
Thanks! Please share more of what you know about flow blue. I know a lot, but not everything, and many people are newbies to flow blue, which I hope to fix with this group. The change from cobalt to whatever is used to make the late Victorian colors is something I hope to share with the group one day. I'm trying to use pieces from my or my mother's collection or my store inventory when I can to go with posts--these three are all in my store's current inventory.

If you have a Gaudy Welsh collection would you share a few photos? Thanks!