Beyond Goodwill: The Different Types of Thrift Stores

Things You Might Not Know About Your Local Thrift Store

What Do You Own That Came From A Consignment Shop?

How to Open a Consignment Shop

You need to be a member of Consignment Shop Connection to add comments! September 24, 1984 - NARTS first official meeting was held in Chicago, Illinois with four members in attendance. The group elected five members to the Board of Directors who were also the only five members of NARTS. Co-Founder Renee River was elected as the group’s first President and Co-Founder Trudy Miller was elected Secretary. Renee, manager of a not for profit shop in Chicago, and Trudy, owner of a for profit shop in Chicago Heights, had met for lunch on January 9, 1984 to discuss the feasibility of a resale and thrift shop association.

The seed for NARTS was planted that day. NARTS became active nationwide by 1988, when it held its first Annual Conference and is now the world's largest resale trade association!

With over 1,100 members, the Association serves resale shops of all types by providing educational and professional development for future owners and current store owners/managers. NARTS also promotes communication within the industry and builds public recognition of the industry. Members range from multi-outlet chains to single location shops and the merchandise these stores offer covers the complete gamut of consumer goods. "While many people focus on the upscale side of resale," says Adele Meyer, Executive Director, "there is a demand for items in all price ranges. Just as consumers want and patronize a variety of retail outlets from Neiman Marcus to Wal-Mart, resale shops of all types are needed. Our job, as an Association, is to help our members provide the best service to their special mix of customers." Read more:http://www.narts.org/i4a/pages/index.cfm?pageid=3280

Donate To The Homeless

My dad & I used to shop Goodwill the salvation army stores hard back in the 1970's,  but now I very seldom seem to stop and get any thing at least in our town goodwill stores here in town

Comment by Discodiva1979 on August 14, 2011 at 1:37am
I too love Goodwill stores. I have found the most unique treasures there. My most recent finds 3d framed flower art by Jan Voerman Jr-she is a Dutch artist whose art sells for thousands of dollars, paid $3.99. A vintage owl picture in shadow box frame by E. Rambow-$3.99 , Vintage Los Angeles King's key finder multi turquoise stone with a Sterling Silver Arrowhead pendant attached to it for $4.99, last but not least framed & matted Margaret Kane's "A little Kiss" $3.99. When it comes to unique treasures I almost refuse to shop anywhere else-its like gramas attic! love it!

Comment by Antiques in Bethania on July 29, 2011 at 8:20pm
To all members of I antique on Line - this is a great place, but what even makes it greater is being able to "see" you --- and by seeing you, this does not mean your actually self but an identity or pseudo image if you will, that could be anything you want to be (within reason). I have many different Avatars - or images - but here I like using a photo of my brick and mortar store. I also like using my puppies - one such photo is of my Yorkie Zoie with her five puppies beneath her, and one pup in particular named Mackie who at the same time I snapped the picture, rolled on his back. This is definitely a Kodak moment. However; you do not have to be camera proficient and can even choose clip art or anything free from the Internet.

We want you to have an enjoyable time here, and to stay a while. which means we would like to "see you" !!!!

Comment by Shirley Grundman on July 25, 2011 at 11:32pm
Yes, Donna, your right you'll never know what you'll find at the Goodwill.  I just love our Goodwill stores here.  And the prices have really gone down this year.  Just love the treasures I find.  Even today I found a L.E. Smith Amberian candle stick for $1.95.  I love L. E. Smith items. 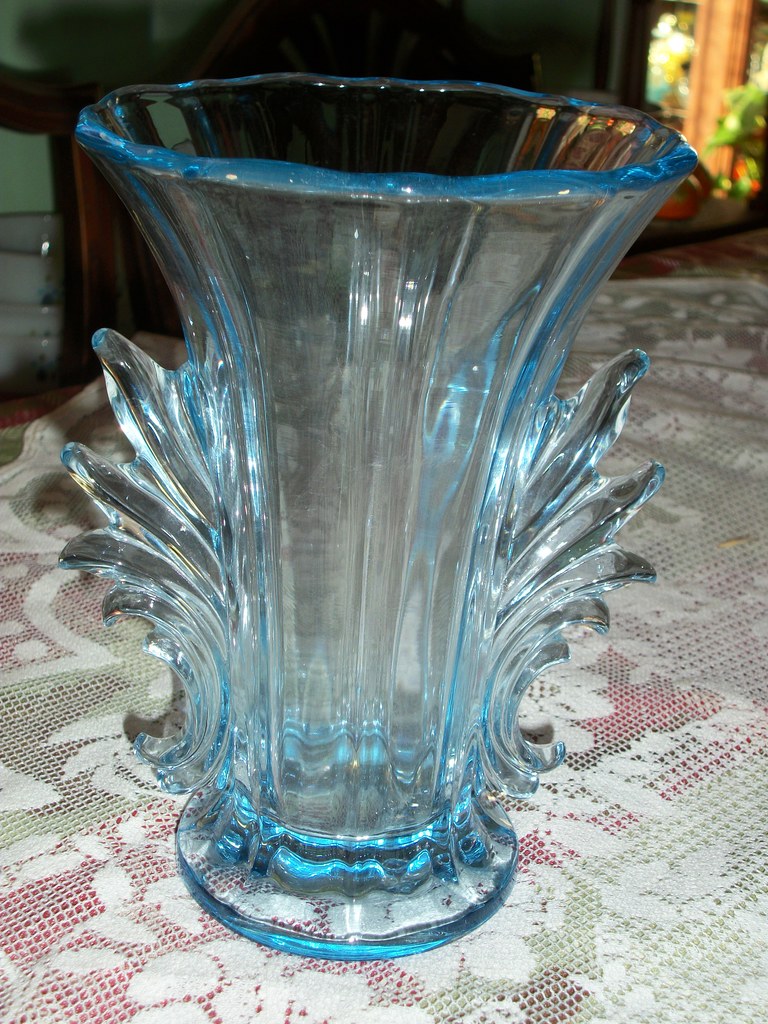