I have 7 Morgan dollars and one "Peace" dollar. In trying to sell, the only value I can get is the scrap silver price (i.e. about $20 each). How can I get more of what a collector would be willing to pay. Here are pics of a few. 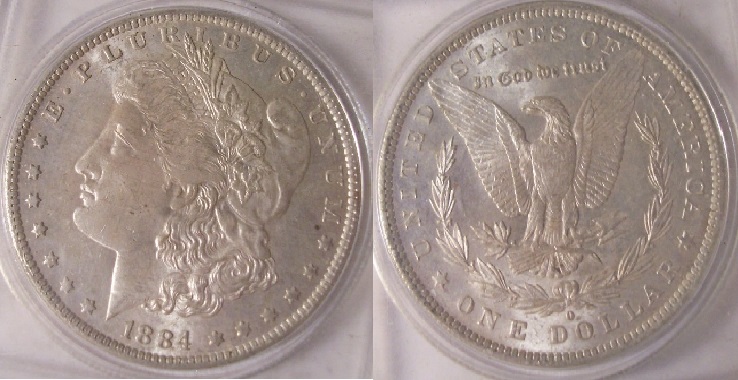 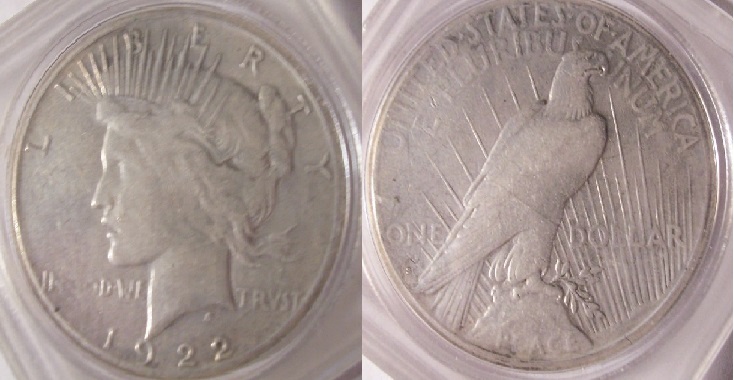 The lot you have that will bring you the most is the 1878 CC. Yours is an AU 50 or so, meaning About Uncirculated 50, determined by the wear showing both obverse and reverse, particularly on the breast (reverse) and hair(obverse). CC stands for the Carson City Nevada mint, which is the most desirable of Branch mint issues. Your coin should bring near $100 assuming it has not been "cleaned", altered, or adulterated. The Carson city mint operated actively for 13 years, and issues from it are typically "baggy", mainly as a consequence of shipping from the mint to the railhead, where the clashing together of the lots impuned their status. The 1878 S, or Sanfranscisco issue, has impairment on the obverse which downgrade the overall net grade to no better than XF45. 1878 S issues are generally very well struck, and are appealing to the eye. Yours aside from the the scratch on the face of Liberty, and weakly struck reverse, likely has remaining "cartwheel" which will appeal to collectors. It would retail between $20-$25. based on spot value currently less than $20.00 and its ASW of o.7758 oz. The 1884 O, NewOrleans mint issue looks to be what is referred to as a "slider", that is an almost uncirculated issue, likely AU58, that looks to have plesant eye appeal, yet wear obverse and reverse which would restriuct it to less than MS evaluation. New Orleans issues were characterized as weak strikes, and yous seems to bear that characterization. It would retaqil $25-$30. Morgan Silver Dollars were minted 1878-1904, and again in 1921. They are the most collected of US coins. Currently silver has dropped significantly in the last few years as a bullion play, but well preserved numismatic issues have not been affected to the degree as bullion. The principle considerations are Condition, Quantity, and Demand. As an example, the 1892 S Morgan, an issue of over 1 million, is a condition rarity. That meaning, there are less than 100 today grading above AU50 by the principal grading services(PCGS,NGC,ANACS,)These 3 services are the recognized standards, although there are numerous companies that now "slab" coins, and seemingly pull their grade valuations from thin air, as opposed to ANA standards, which are easily found through the internet, and through the various hobby magazines of the field, The place to find the best perspective is Grey sheet, and Bluesheet bid/ask offers, (internet search will get you there), and following auction archives as per Heritage Numasmatic Auctions(again internet search will direct you)(also it's free and absolutely up to date). The Peace dollar 1922, is VF, and common date, it is a bullion valuation today, tomorrow, and down the road. It would be a good tip at a restaurant to pique somebody's interest into coin collecting. The Peace Dollars were issued 1921(High Relief) and a key date, through 1935. Key's 1921, 1928, 1934s, 1927d,s.

Ebay and gcraigs list are fields to explore, and you can compare what your issues might bring by monitoring activity. Good luck in liquidating your lots.

Thank you for all that info.

Do you still have the coins?