It's February. In fact, it is very, very close to February 14 so SWEET is an appropriate topic. Show off all the advertising collectibles you are selling or collecting that relate to the word SWEET.

We'll start with this vintage Uncle Remus Syrup Tin Can 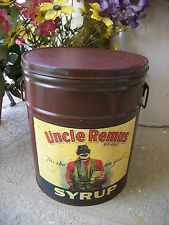 Any SWEET Advertising Collectibles out there?! 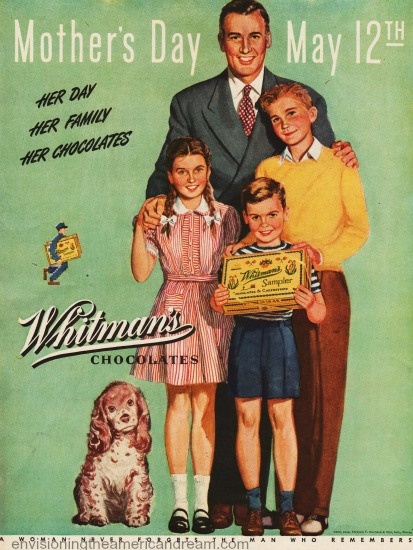 "Every year at the precise moment the azaleas burst open in a blaze of color, my extended family gathered in our suburban backyard to celebrate Mothers Day. Along with a corsage, my grandmother, Nana Sadie, always received a Whitman’s Sampler in honor of the holiday.

Between bites of rich chocolate nougat, Nana Sadie delighted in rhapsodizing about her life long love of chocolate in general and Whitman’s Sampler in particular. It was the same story year after year, relishing the telling as much as the chocolate.

In 1912 when Nana was 12 years old,  Whitman’s launched its famous Sampler.  Nana would explain how she would eye the pretty yellow box in the window display of Gussmans Pharmacy the fanciest Drug Store on Bedford Avenue in Williamsburg. The yellow cross stitched designed box had an aged yet timeless look, as though it had been around for decades.  Imagining the luscious treats that lay hidden in the box, had made her mouth water.

Two year would pass, Nana would continue, when one day in May of 1914 President Wilson declared the first Mothers Day as a day for American citizens to show the flag in honor of those mothers whose sons had died in war. “Sadly,” Nana would shake her head commenting, “in just a few years who knew how many thousands of mothers would lose their own sons to The Great War.”