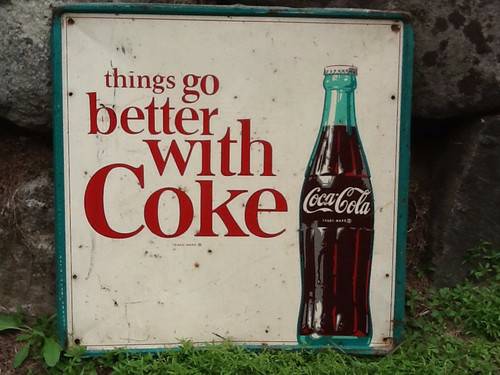 Anyone a member of the Coca-Cola Collectors Club? "Ray Kilinski talks about collecting vintage Coca-Cola memorabilia. He discusses the differences between old and new Coca-Cola items, favorite pieces from his collection, and the hobby in general—from the way people specialize to events held by clubs.

I started collecting Coca-Cola memorabilia back in the early 1970s. I was working the night shift at a company, and as I walked home one morning I took a shortcut through the woods and came across an old abandoned barn. I went inside and saw a stack of old Coca-Cola serving trays from the 1950s on one of the shelves. The ones on the bottom and top were all rusted, but all of the trays in between were in mint shape. Of course, I didn’t know if they were worth anything, but I brought them to an antiques shop and I found out there was a variety of Coca-Cola serving trays. I just started collecting different trays. Before I knew it, I started telling people that I had all these old Coke things in my house, and they started saying, “Well, I’ve got this old Coke sign hanging in my garage. You want it?” So it just snowballed from there.

I only collect vintage Coca-Cola memorabilia, and when I say vintage I mean anything that’s pre-1960. There are a lot of collectors who collect new items, and there’s a lot of new items out there made for the collectibles market. You can buy a lot of things at Wal-Mart, like Cola-Cola tins or plastic cups. I don’t collect any of that.

I always tell people, “if you enjoy collecting it, that’s fine, but don’t think of it as an investment.” They make millions of copies of those things, so it’ll never appreciate in value.

I do look on eBay a lot because at any given time there are more than 20,000 Coca-Cola items for sale. But on eBay, you’re buying without actually touching the item or looking at it in person, and there are a lot of items that are questionable. For example, you’re able to buy Coca-Cola decals nowadays, just the Coca-Cola logo, and a lot of people do that and attach it to an old gumball machine and then advertise it as an old Coca-Cola gumball machine. Coca-Cola never made a gumball machine. You have to do your research."

Love the 'school girl' look in this Coca-Cola advertisement 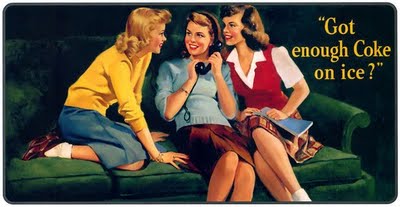 The Morning Link: "In case you guys didn’t know, one of the secret ingredients of Coca Cola back in the 50s and 60s happened to be cocaine.  Yes, cocaine.  Did it have much to do with their advertising?  Eh, probably not.

But that didn’t mean I shouldn’t share that little piece of information.   In any event, let’s take a step back in time to the 50’s and 60’s for these vintage magazine ads for Coca Cola. 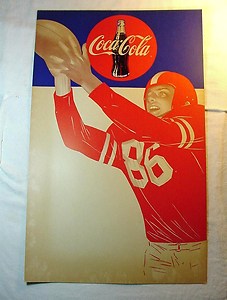 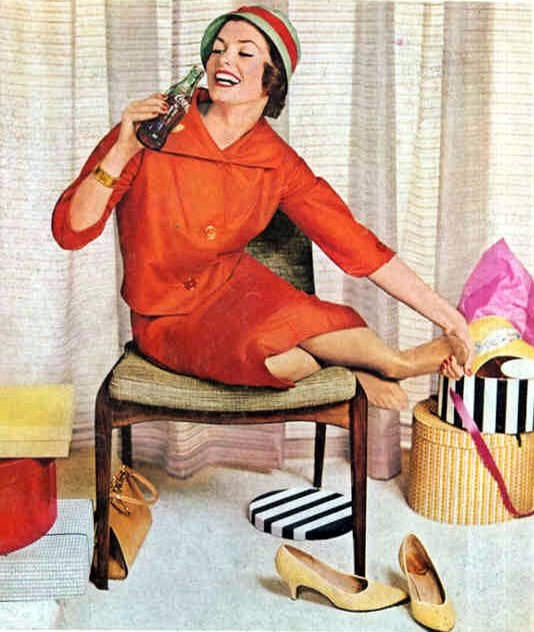 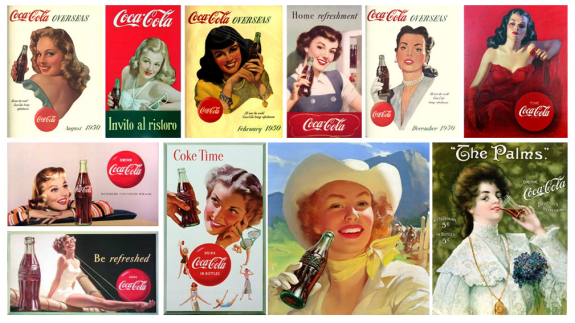 Whitney writes, "I checked a book out of the library last week called Coca-Cola Girls- An Advertising Art History.  It's stuffed full of beautiful photos of vintage Coca-Cola advertisements with the 'Coca-Cola girls'. "

"Coca-Cola has done some ad campaigns lately mixing vintage with modern.  Here's an example of a Cola-Cola ad with Taylor Swift dressed to look like a Coca-Cola girl." ~ History is Classic 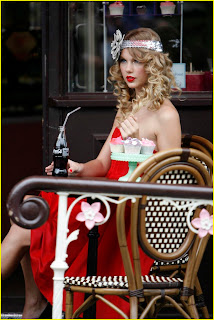 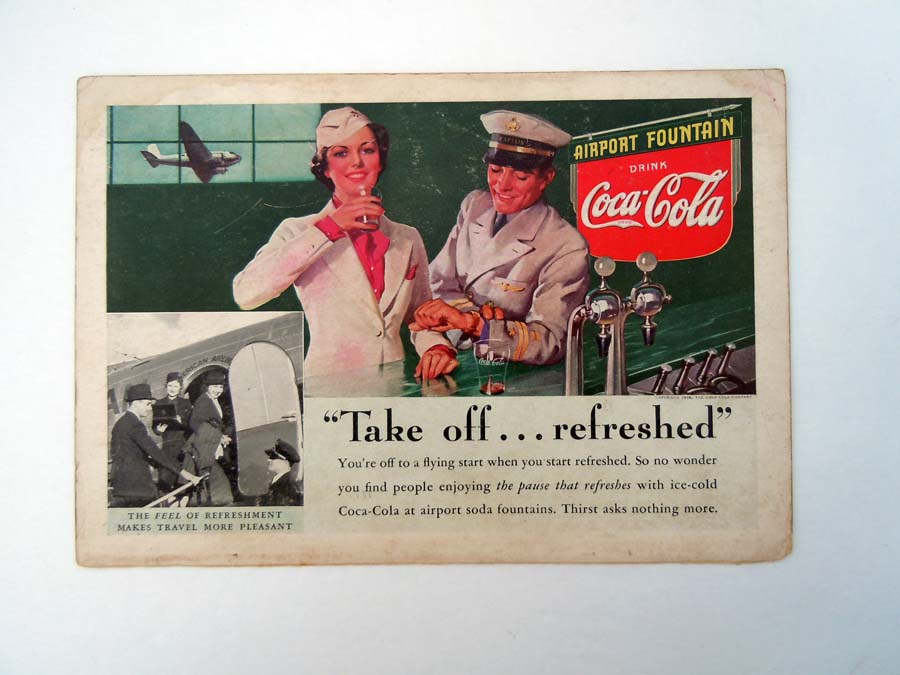 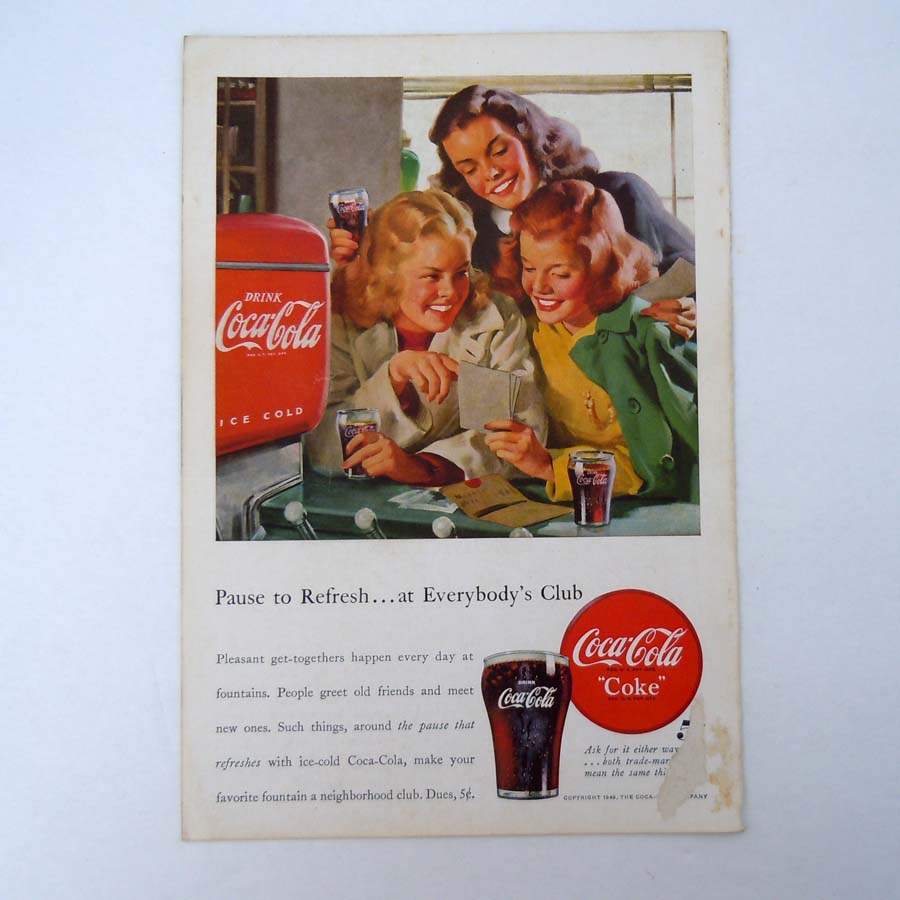 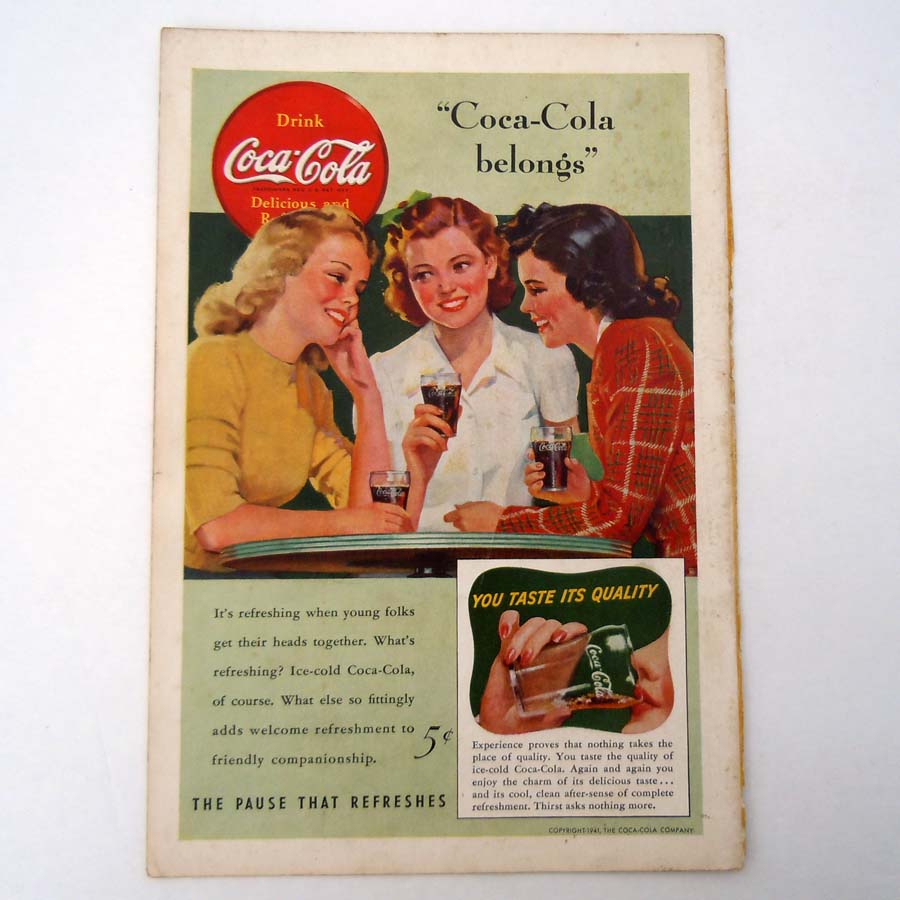 Great Ads! Do you sell any of these in your Etsy shop online?

Ellence, sorry for the late reply. I haven't listed them yet in my etsy store. Plan on doing that in a few weeks though.