I'm fairly new to advertising collectibles so I don't have many answers but I've got a ton of questions.
This box from Bing Crosby Ice Cream makes me laugh almost every time I see it. Sure, sure, I know who Bing Crosby was... singer/actor and all that but, ice cream? Am I missing a connection here? What made "Valley Farm's" think that Bing Crosby's face on the box would make their ice cream a huge success? And what printing shop had a proof reader that thought Valley Farms should be spelled, "Valley Farm's"?
Anyway... I'm including a few photo's... oh, I mean photos.
The top is 4x3.25".
The front is 4x2.50".
The side is 3x2.50".
The box is made of cardstock... like a business card, unwaxed and never opened. I suspect it was a display item.

Permalink Reply by Country Joe on May 21, 2009 at 2:24pm
Hi, I've seen that before, actually I think I had one about 15 years ago or it came through my auction. Don't remember for sure.

Did you know Donald Duck had a lemonade and a Cola?

Permalink Reply by Craig Phillips / B & C Emporium on May 21, 2009 at 3:25pm
Donald Duck also a orange juice
I believe if my memory is correct

Permalink Reply by Oralei on May 22, 2009 at 2:17am
Yep, we have a donald duck orange juice factory right here in Lake Wales, Florida

Permalink Reply by Les Beyer on May 21, 2009 at 7:31pm
Sure, hundreds of cartoon characters, and cowboy actors, have been used to entice kids under 12 or so, and quite effectively too. But Bing, being a real person, wasn't going to appeal to little kids. I guess the teenage market was the target group.
I did find out Bing Crosby Ice Cream was on the market in 1952 and, evidently, only came in vanilla. How exciting. 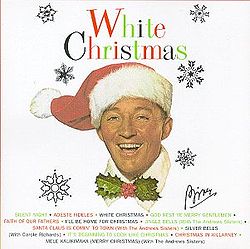 I believe that is called cross branding. Bing was very popular in his day and popularity sells products dosn't matter if your a mouse,duck,clown,or teenage mutant turtle.
cross-branding
http://www.flickr.com/photos/rich_lem/185965286/

Crosby's single of "White Christmas" is recognized as the best-selling single in any music category and Crosby's recording has sold millions of additional copies as part of numerous albums, including his best-selling holiday collection Merry Christmas, which was first released as an LP in 1949 and has never been out-of-print since. In fact, the song in all of its permutations, has sold in excess of 400,000,000 copies since 1942, making it the biggest-selling record of any kind ever.[citation needed]
"ItsRanked" has Crosby's version of "White Christmas" as the number one Christmas song on its Top 40 Christmas Songs of all time ranking.[3]
http://en.wikipedia.org/wiki/White_Christmas_(song)

Maybe they related him with santa. haha

For us corkscrew folk, there is an interesting Crosby piece--story has it that Bing had these made to give away to friends. Of course, that is probably an old wiener dog's tale, but given no one can figure out where these came from, it is as good a story as any.

Our family knew Jimmy Dean's family and they did raise pigs and have their own sausage factory in Plainview Texas. My grandmother used to like to brag that she changed Jimmy's diapers plenty of times because his parents would come over and play music with them until the wee hours of the morning. Years later, after jimmy put in his Jimmy Dean restaurant in Oklahoma City, we took Nanny out there to have a brief visit with Jimmy himself.

The Museum of the San Fernando Valley comments on the item.

I watched Bing Crosby last night in the 1942 movie, Holiday Inn. It would have been fun to have his face on our ice cream that we dipped up while we watched the show. :) 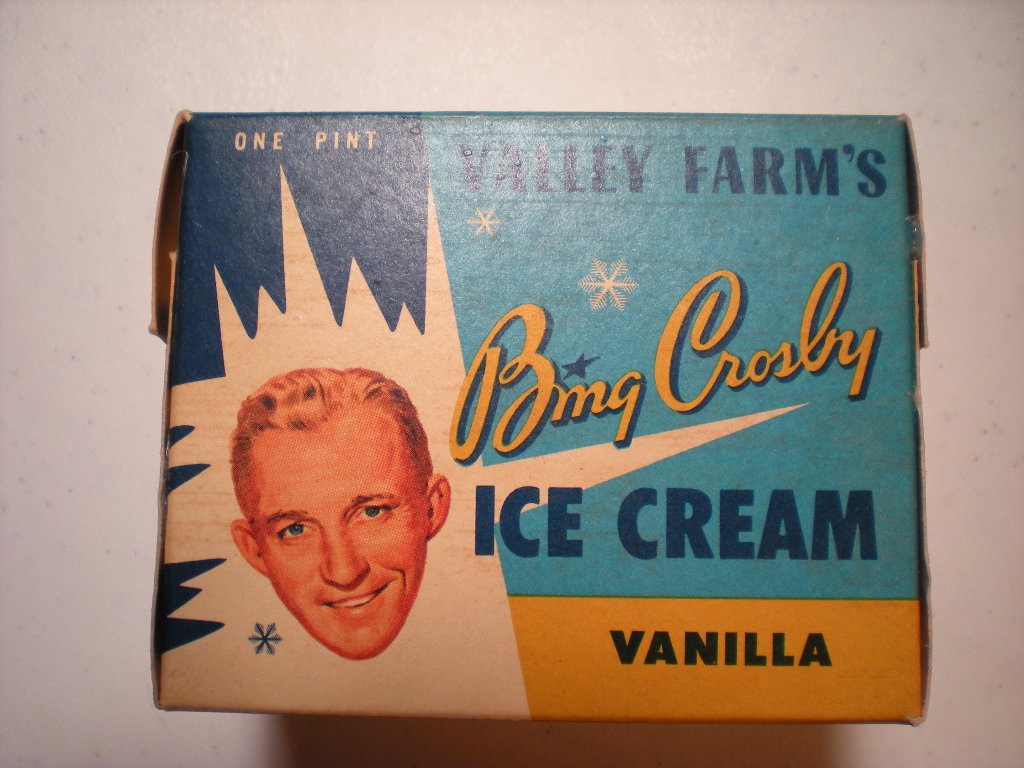