The memes are endless—Grumpy Cat, Nyan Cat, Keyboard Cat, Maru, and all the Lolcats. Last year even witnessed the first ever Internet Cat Video Festival at the Walker Art Museum in Minneapolis, with more than 10,000 people in attendance. Maybe it’s the culmination of living with domesticated kittens for thousands of years, or perhaps it’s due to an insidious epidemic of feline-hosted Toxoplasmosis. Regardless, we’re having a cat moment. And the cat-fatuated are no longer afraid to show their pride.

This online obsession is only the most recent incarnation of an age-old fancy for felines and the mysterious lives they lead. Historically, only certain types of people (sometimes pejoratively called “Crazy Cat Lad 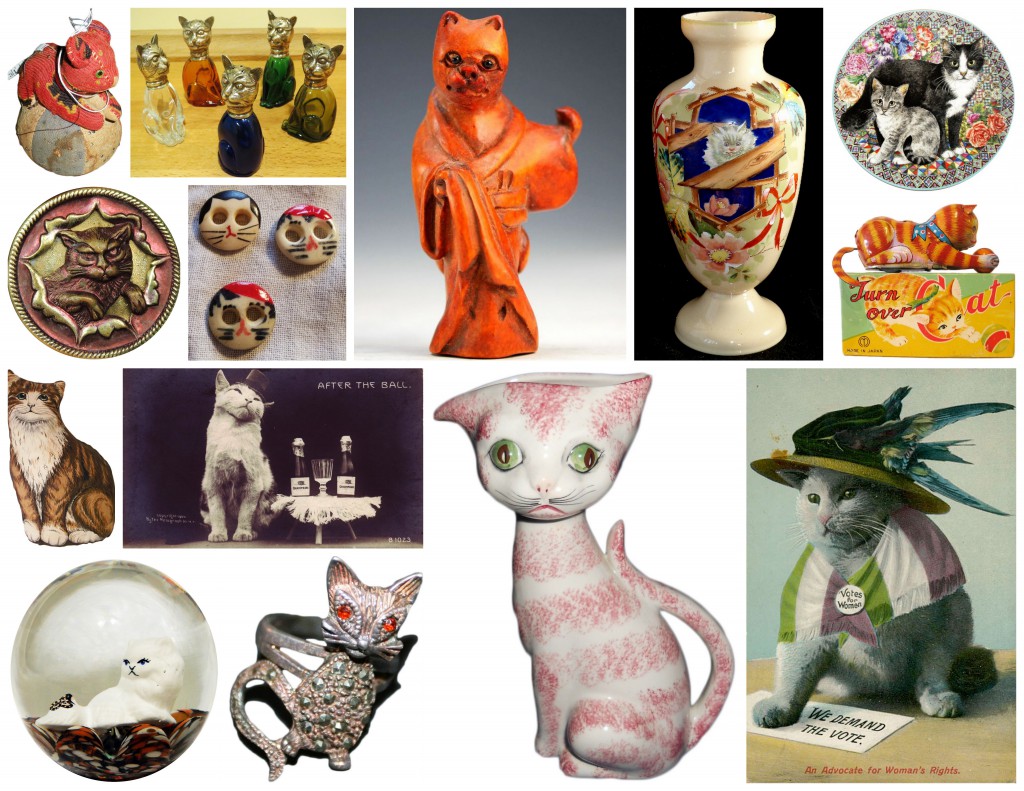 ies,” though we’ve known them to be male-identified, too) lavished attention on their four-legged friends. But even Drew Barrymore once said, “If I die before my cat, I want a little of my ashes put in his food so I can live inside him.” As the glamorous actress makes clear, crazy cat people aren’t just losers and loners; they’re beautiful, likeable, and successful weirdos, too.Read More: http://www.collectorsweekly.com/articles/coveting-the-craziest-cat-...